The Haunting on Palm Court Tour 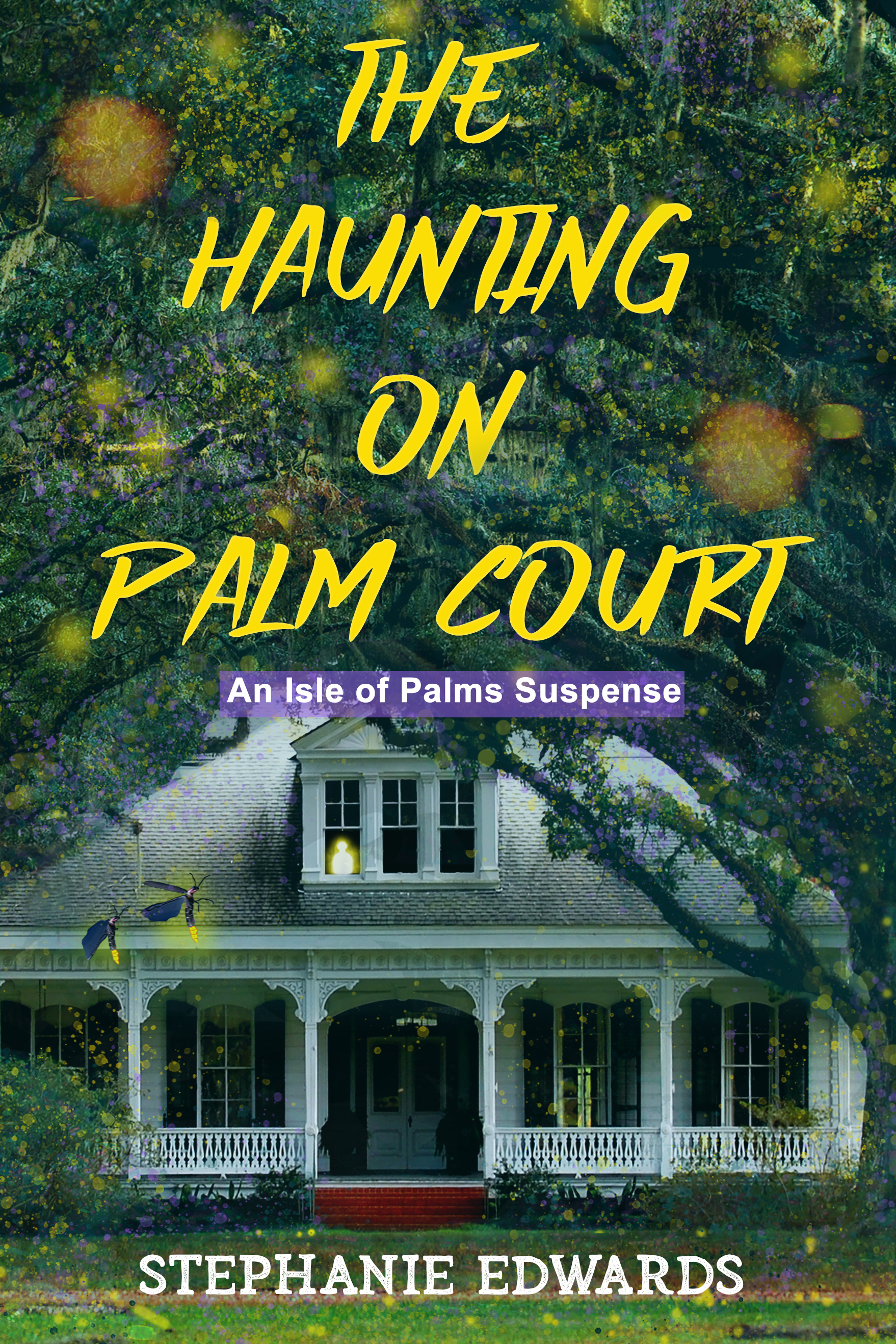 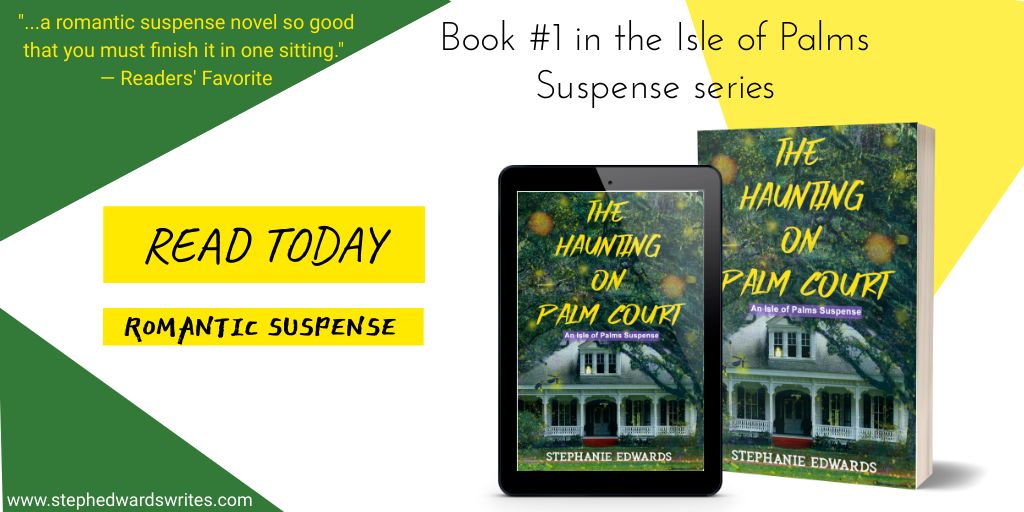 Excerpt from Chapter 14-The Haunting on Palm Court

Blake walked down the long hallway and through two sets of doors to the ladies’ room. While washing her hands, a cool breeze grazed her shoulders. The hair on her arms stood up on end, and her head began pulsating.

She continued washing her hands, but her curiosity got the best of her. From the mirror, Parker’s green eyes bore holes into her.

“You shouldn’t be here! Go away!” Blake cried. She’d never been so glad for a restroom to be far removed from a restaurant dining room. Anyone who couldn’t see spirits would think she was crazy. They might not be wrong.

“Happy Birthday, beautiful. What—you thought I’d forgotten? No way. I have to celebrate with you. Did I see your family out there? I sure have missed them. Wouldn’t it be nice if I came out to say hello?”

“No! Leave them alone. It’s bad enough that you’re tormenting me. They don’t deserve to be tortured. Seriously, please go somewhere, anywhere else.”

He stood behind her and put his arm around her waist. “I’ve missed you, Blake.” His icy breath frosted the mirror, and her chest compressed. She inhaled and pried his icy fingers off her abdomen, and he laughed. How would she be able to get rid of him now that he was strong enough to materialize and touch her?

“Why do you insist on wrecking my life every chance you get?” Blake asked.

“Isn’t it obvious? You ruined mine. I’m dead.” He chuckled.

“That’s your own doing. Now go to hell where you belong!” Blake opened the bathroom door and slammed it behind her.

Parker just had to show up today of all days. Blake clutched her purse to her chest, took a deep breath and gathered her wits. She wanted to make a run for it and try to hide from him, but she couldn’t.

As she returned to her family’s table, they were talking, oblivious to the nerve-wracking scene that had just taken place in the bathroom.

Smile and breathe. You don’t want to worry them.

Excited to host their first wedding, Nancy and Blake set out a brunch buffet so the bridal party could eat as they had time.

The vendors began arriving and setting up. A couple of hours later, they had transformed the garden into an enchanting wedding setting.

“It’s breathtaking!” Blake said, stepping into the garden as she made her way to the room where the bride and bridesmaids were getting ready.

When the photographer arrived, Blake took her to Emily.

“You are such a beautiful bride!” Blake said, picturing herself in a white dress and her grandmother’s pearls.

The wedding was a blur for Blake. As the ceremony played out in front of her eyes, she imagined marrying Clint. The couple had faced hardships, but they always found their way back to each other. That had to mean something.

“You may now kiss the bride,” the officiant announced, bringing Blake back to reality. She scurried to make sure the caterers had set up the reception buffet in the garden.

After dinner, the bride and groom cut an elegant two-tier cake, delicately feeding each other a bite.

Not interested in a lot of dancing, Emily had opted for an alternative to the traditional reception—a private moonlit tour of the Charleston Harbor aboard a yacht.

She invited Clint, Blake and Nancy to join the wedding party for the tour. Nancy stayed home but told them to have fun. When they arrived downtown, Blake gasped at the sight of the church steeples spanning the skyline of the Holy City, named for its sheer number of churches.

“Not as beautiful as my girl.” Clint stood behind Blake, wrapped his hands around her waist and kissed her cheek.

Emily gave them a knowing smile.

As they stepped onto the boat, the steward handed each of them a glass of champagne. Everyone took a seat on the deck, except for Cooper, who climbed onto a railing and began making a toast.

“Thanks to all of our friends and family who made our wedding day so incredible. Tomorrow, we leave for our honeymoon, and everyone knows what that means…”

“Okay, bud, come on down.” Clint offered his hand and helped him down just as the yacht motor began purring, keeping him from falling on his face and possibly overboard.

Emily’s cheeks flushed, and she took Cooper to the seat next to hers.

Clint took over the toast. “To Cooper and Emily! Thanks for trusting us with the most important day of your lives. Here’s to many happy years together.” Clint raised his glass, and everyone else followed.

Emily mouthed the words “thank you” and took a deep breath.

Underneath the blanket of stars, the tour guide delivered a dramatic monologue about Charleston’s cobblestone streets, unique architecture and storied past.

“The beautiful oleander flower is quite poisonous and had no scent or taste. It was undetectable by medical examiners in the 1800s. The running joke was to be careful who you accepted a cup of tea from back in those days, or it might be your last.”

Clint seemed to eat up this account of his hometown’s history. Blake had to stifle her laughter when his amused grin faded, and he placed his finger and thumb on his chin.

After the tour guide finished his spiel, Cooper’s parents asked everyone to join them inside for a surprise. Blake told Clint to go ahead. She needed to use the ladies’ room on the other side of the deck.

Leaving the restroom, she began making her way across the series of wooden deck planks. The gaps between the boards started blurring. She pressed her head between her hands to right her vision and alleviate a splitting headache.

With the swell of the waves, the boat shifted onto its side. And Blake fell over the railing. Her foot became trapped underneath a trim board—the only thing standing between her and the gray, choppy water. Taking deep breaths, she told herself a powerful gust of wind had sent her tumbling, not Parker’s vengeful spirit. Regardless, the more she struggled, the looser the grip of the board.

She began screaming for help; her body dangled mere feet from the swelling waves.

The door to the cabin opened. “Don’t move, we’re coming to help you!” Clint yelled as he and Cooper ran to her, freeing her foot and pulling her back over the railing.

Blake sat on a bench, shaking and her chest heaving.

“Are you alright? What happened?” Cooper asked. Blake stared at her feet in silence.

Clint patted Cooper on the back. “Thanks so much for helping, man. I’ve got it from here.” Cooper frowned but nodded and walked away.

Wincing, Clint asked Blake what had happened. Tears began streaming down her cheeks before she could open her mouth to speak. He held her close and consoled her.

When the boat finally returned to the marina, Blake silently vowed not to travel by sea for a while. Her body trembled. What if Clint had not been there? Would Parker have succeeded in drowning her?

Clint drove them back to the cottage. She climbed out of the Jeep, tempted to kiss the ground. Parker had been a creep in life, but his spirit could show up in the most random places and do things Parker could not have done in his human form.

Walking into the kitchen, Blake put on a pot of decaf coffee. The crisp night air and Parker’s icy grip had chilled her to the bone. She poured a cup for each of them and grabbed a handful of fresh-baked chocolate and toffee cookies.

Clint leaned over the table to kiss her on the forehead. “Are you okay? Really?”

“Yeah—It was just a shock. I guess I’d better get used to it until we figure out how to get rid of Parker.”

“I’ll do whatever it takes to keep you safe. I love you,” Clint said. “If I didn’t tell you already, you look gorgeous tonight.”

“I’m glad I don’t look the way I feel…exhausted,” Blake said with a half-smile.

“You’re the most beautiful person I’ve seen on the island, in South Carolina, and throughout the world.” He always said the right thing, but that didn’t mean she couldn’t tease him.

“So now you’re a world traveler.”

“I could be anything as long as I’m with you.” Damn! He led her to the bedroom, where he kissed each of her fingers delicately. The couple became intertwined, connecting on a spiritual level. Their love was more than a fleeting romance. They were more complete, more themselves together. Who could ask for more? 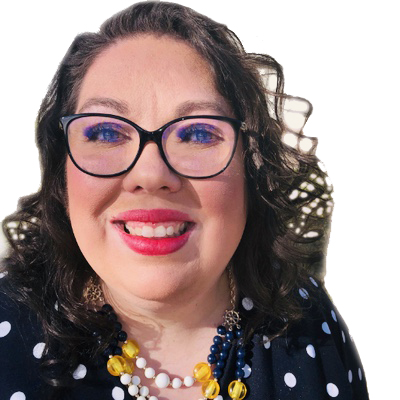 2 Responses to The Haunting on Palm Court Tour