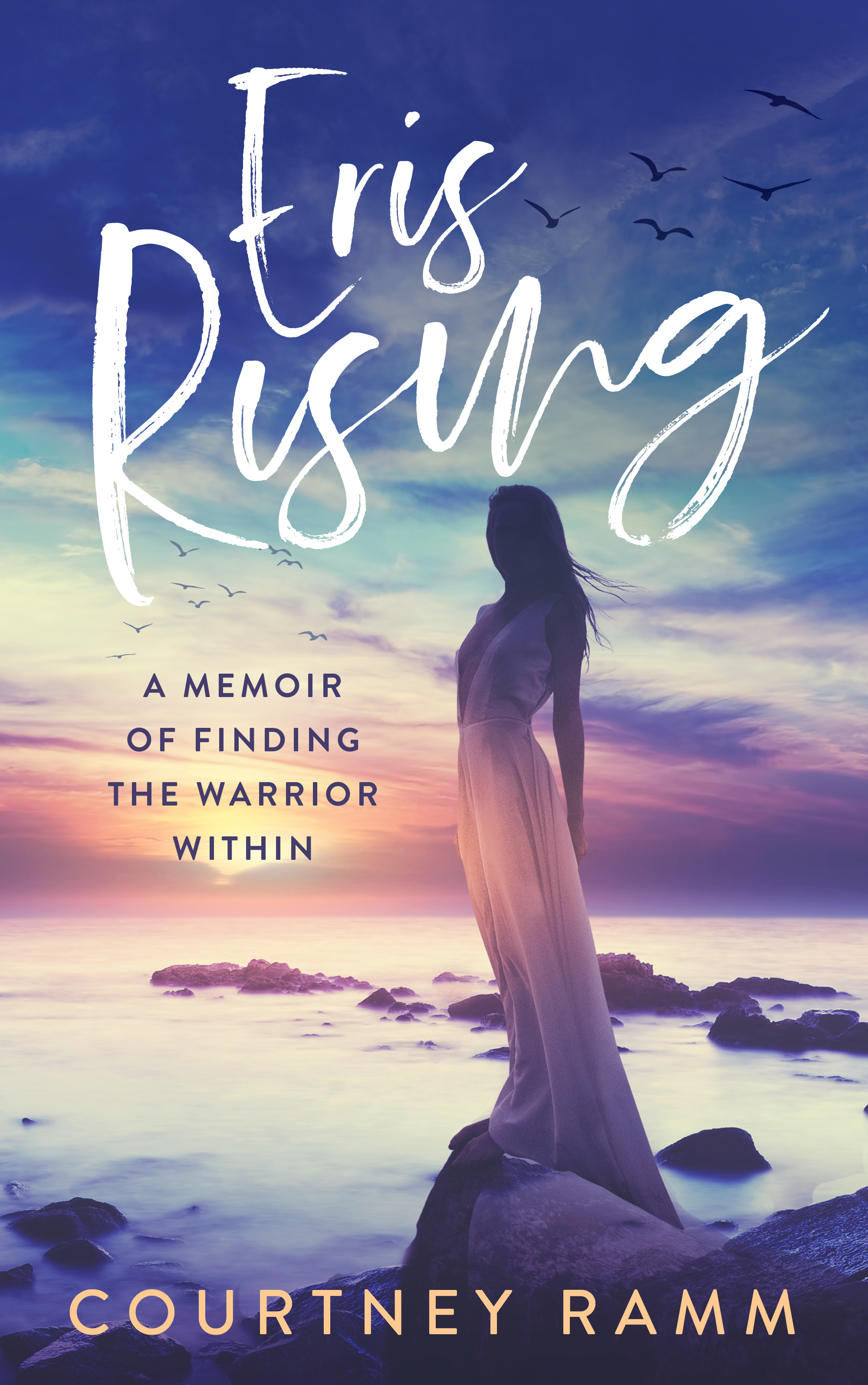 Warrior’s aren’t born, they are forged from the harsh experiences that shape them as they strive to defend what is sacred and true. And geniuses aren’t born either—or are they? Courtney Ramm would know, as she’s one of 229 offspring born from the controversial “Genius Sperm Bank”, a genetic experiment that existed in the 1980s and ‘90s. With a predisposition for “genius”, Courtney found herself driven toward success. Following her passion for dance, by the age of eight she was studying at the renowned School of American Ballet and soon thereafter, performing on New York’s greatest stages. At twenty-five years old, she acted upon a strong inner calling to start her own dance company—in Hawaii.
Moving across the globe from the concrete jungle of Manhattan to the tropical jungle in Hawaii, Courtney brought along her endless to-do lists and a strong determination to succeed. But one thing was missing from the picture-perfect life she had imagined: a perfect husband.
–
When she first locked eyes with Marcus at a spiritual gathering, she sensed something was off in the uncanny intensity of his stare. But she dove into a relationship anyway, not grasping the graveness and outright danger of the decision.
–
Eris Rising is a story of breaking deep karmic patterns, grappling with the calling of destiny, and changing long-held karma into mission. With the powerful feminine warrior spirit of Eris as inspiration, this memoir shows how it’s possible to move forward after life-altering “mistakes”, and recover the true “genius” within. 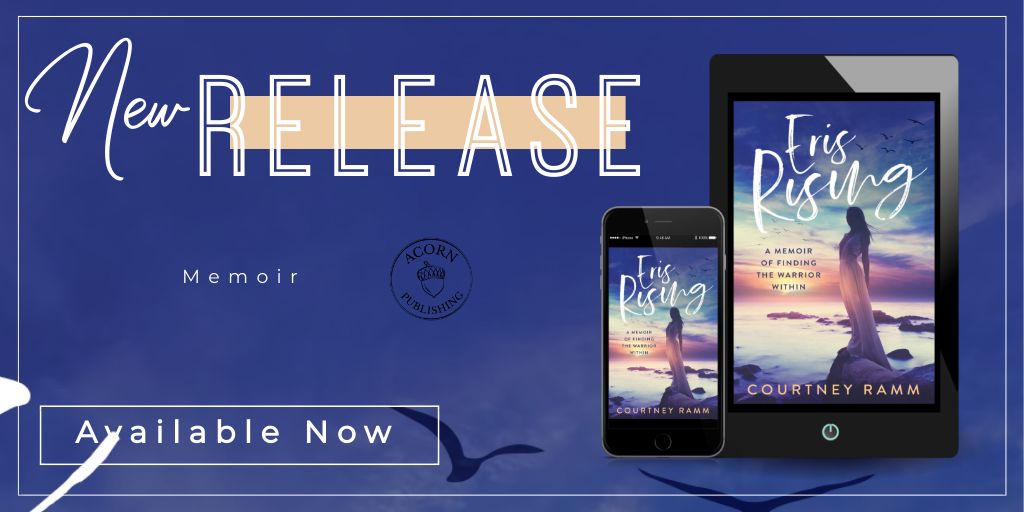 I sat cross-legged on my twin-size bed across from CNN journalist Lisa Ling, who posed a question I’d never been asked before, at least not this bluntly.

In the past two decades of interviews and television appearances about my unusual and controversial conception, I had received your garden-variety questions about my life, beliefs, and upbringing. All pretty much the same.

A typical question: “How did you do in school?”

My response: “I did very well. I always loved school.”

I didn’t elaborate. My answers were simple and to the point. Perhaps I was trying to get the interview over with as quickly as possible since talking about myself and the “genius sperm” that made me was rather uncomfortable.

Another common question: “What are your goals and dreams?”

With youthful hope and confidence, I’d say, “Keep dancing and choreographing professionally and one day to have my own well-known modern dance company.”

“Growing up, did you ever feel any pressure to succeed?”

This question always landed in the interviews, and my answer was always the same.

“Never from the outside and definitely not from my parents. I always felt a strong inner drive to succeed and strive harder, particularly in dance but also in everything I do.”

Although I consider myself just about as normal as every other person, I was indeed created in a unique way—out of sheer necessity.

After seven years of trying to start a family, my dad’s infertility led my parents through a series of synchronistic events to find the Repository for Germinal Choice, otherwise known as the “Genius Sperm Bank.” Though it existed only for a short time, this elite sperm bank collected the “highest quality sperm” from Nobel Prize winners and other high achievers in hopes of creating exceptionally bright, talented human beings. A total of 229 children were born from this experiment, the majority of whom have kept their lives private.

My sister, Leandra, came first—outgoing, precocious, and adorable. Four years and two miscarriages later, on a hot mid-August day at Mount Sinai Hospital on the Upper East Side of Manhattan, I was born, thanks to Donor Fuchsia. (The Repository kept all sperm donors confidential and color-coded to keep track. My mom’s two miscarriages were with Donor Coral, but Donor Fuchsia did the trick!)

There I was, twenty-five years after the experiment of my conception, in my parents’ New York City apartment, sitting on a beautiful, antique bed passed down from my late grandmother, talking to CNN reporter Lisa Ling. Her question hung in the air, awaiting my response.

I giggled nervously. Was I a genius? I didn’t know. I certainly didn’t feel any more genius than anyone else based on genes alone. What about my younger brother, Logan? He also came from the sperm bank but turned out to be autistic. Would that make him less of a genius than me, since he has what’s perceived as a disability?

Despite being thrown off kilter by her question, I managed to respond.

“I really believe that there is genius in every person.”

By the time the show aired, I’d had a few more months to ponder what it meant to be a genius. Was the meaning confined to the most common definition, “a person who is exceptionally intelligent or creative, either generally or in some particular respect”? Or was it broader in scope so that every human being is a genius in his or her own right with gifts and talents waiting to be unearthed and cultivated from deep within?

The ancient origin of the word lends a different view. The Romans believed that all people had a guiding spirit that attended to them throughout their lives. Because this spirit was born with the person, it was called a “genius,” from the Latin verb gignere, meaning “to give birth or bring forth.” A person’s genius dictated their unique personality and disposition, and if someone had an outstanding talent or ability, the genius by their side was believed to be responsible for it.

With the Roman definition of genius in mind, I can only ascertain that about two years after that interview with Lisa Ling, my own personal attendant genius (my little genie, if you will) left my side. Amid a budding dance career, I found myself in a whirlwind romantic relationship, one that resembled a perfect Hawaiian sunset at the beginning, and somehow, only sixteen months later, resembled the aftermath of a Midwestern tornado—a stark, scary scene of desolate destruction. I had longed for a “perfect” husband. The person who appeared turned out to be too good to be true, a façade, but I couldn’t seem to let go. Yet as I devoted myself to my new partner, our relationship became unbalanced. Here was someone I trusted with my life who couldn’t care less about mine. In the end, my former partner endangered my and my children’s very existence.

The relationship was as intense as it was short-lived, leaving no facet of my previous reality in sight. I would have been happier to forget those sixteen months, to just move on with my life and restart my career as a dancer and choreographer, except it wasn’t that easy. Not only did a tremendous amount of healing need to take place, but now there were children involved. I was forced to crawl out from beneath the rubble and piece together what was left of my life. Perhaps it was in that rubble that my attendant spirit reappeared and helped me set foot on a long, arduous, yet ultimately transformative road to reclaim my life and spirit. This book is an account of my journey and a testament that you too can reclaim your life after unthinkable upheaval.

Born and raised in the heart of New York City, Courtney Ramm has followed her passion for dance since childhood, which led to a career as a professional dancer, choreographer, and teacher. She’s directed dance schools, performed, and taught all over the world, from Singapore to Thailand to Manhattan.
With her Master’s degree in Dance Education, Courtney has led wellness retreats in Hawaii, focusing on empowerment and transformation. Courtney is the founder and artistic director of RammDance, a non-profit dedicated to keeping the legacy of modern dance pioneer Isadora Duncan alive. She blends her love of dance with holistic healing, and is a certified Pilates instructor, Yoga teacher, Ayurvedic consultant, Theta healer, Master Detox Chef, and Reiki practitioner.
Alongside her focused training and career in dance, writing has always been one of Courtney’s passions. She knew she would write a book—although she never imagined her memoir would take such a twisted turn.
Courtney is a full-time single mama to two toddlers. Eris Rising is her first book.
Contact Links
Website
Facebook
Blog
Goodreads
Instagram
Purchase Links
Amazon
B&N