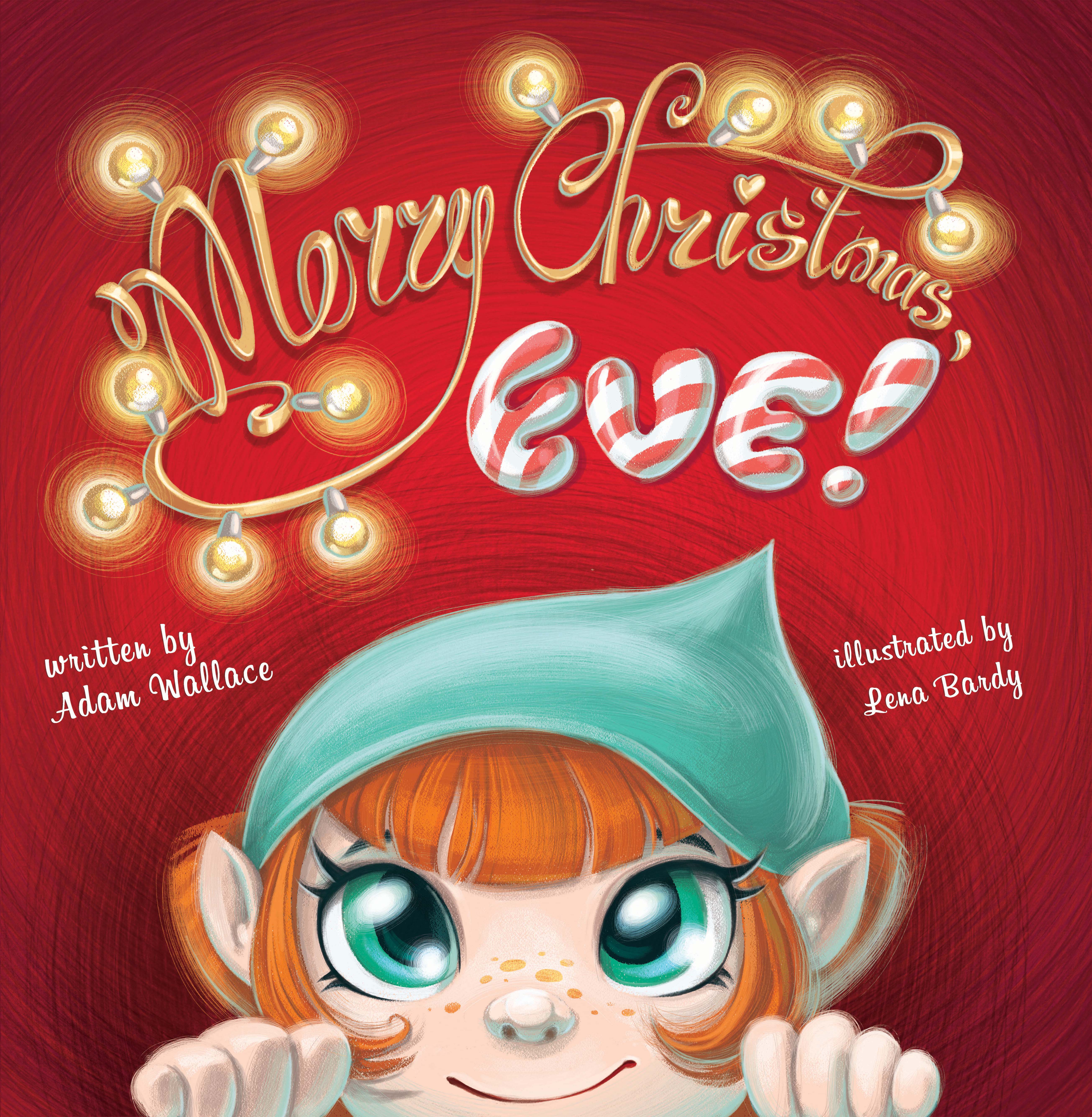 Christmas is coming and the Christmas spirit is nowhere to be found. There’s only one little elf with the get-up-and-go to find it. Meet Eve . . . 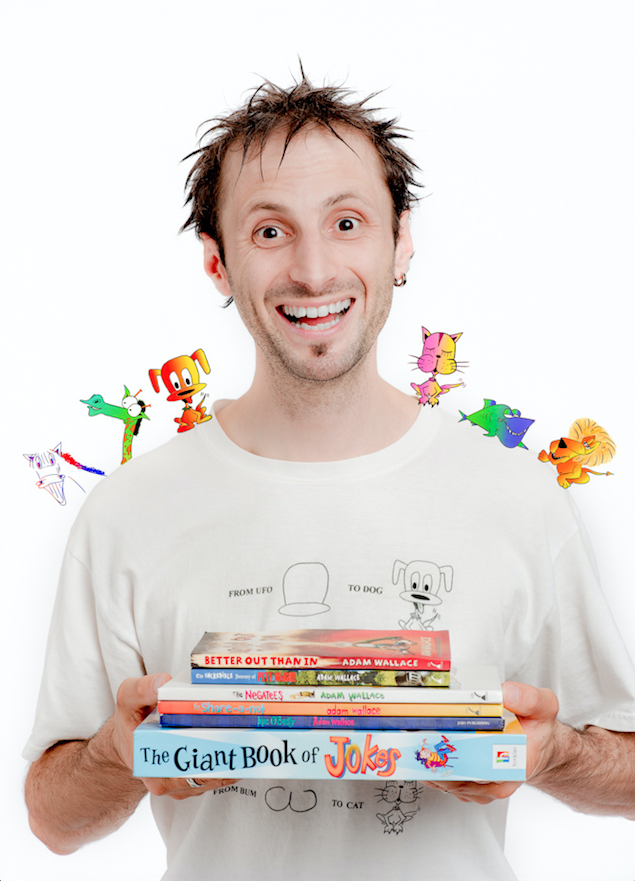 New York Times, Amazon and USA Today Bestselling author who loves writing stories that make children laugh and get excited about reading and drawing and writing . I also love taking naps and listening to music. Not at the same time.

I have over 80 books published and out in the world, and love each one as if it were my child … except if that child is like really naughty and always breaks my favourite things and writes bad words on the walls of our house.

From How to Catch books to How to Draw books. From gross books to action and adventure books. From inspirational to just plain funny, there’s something here for kids of all reading abilities, and all ranges of interests. 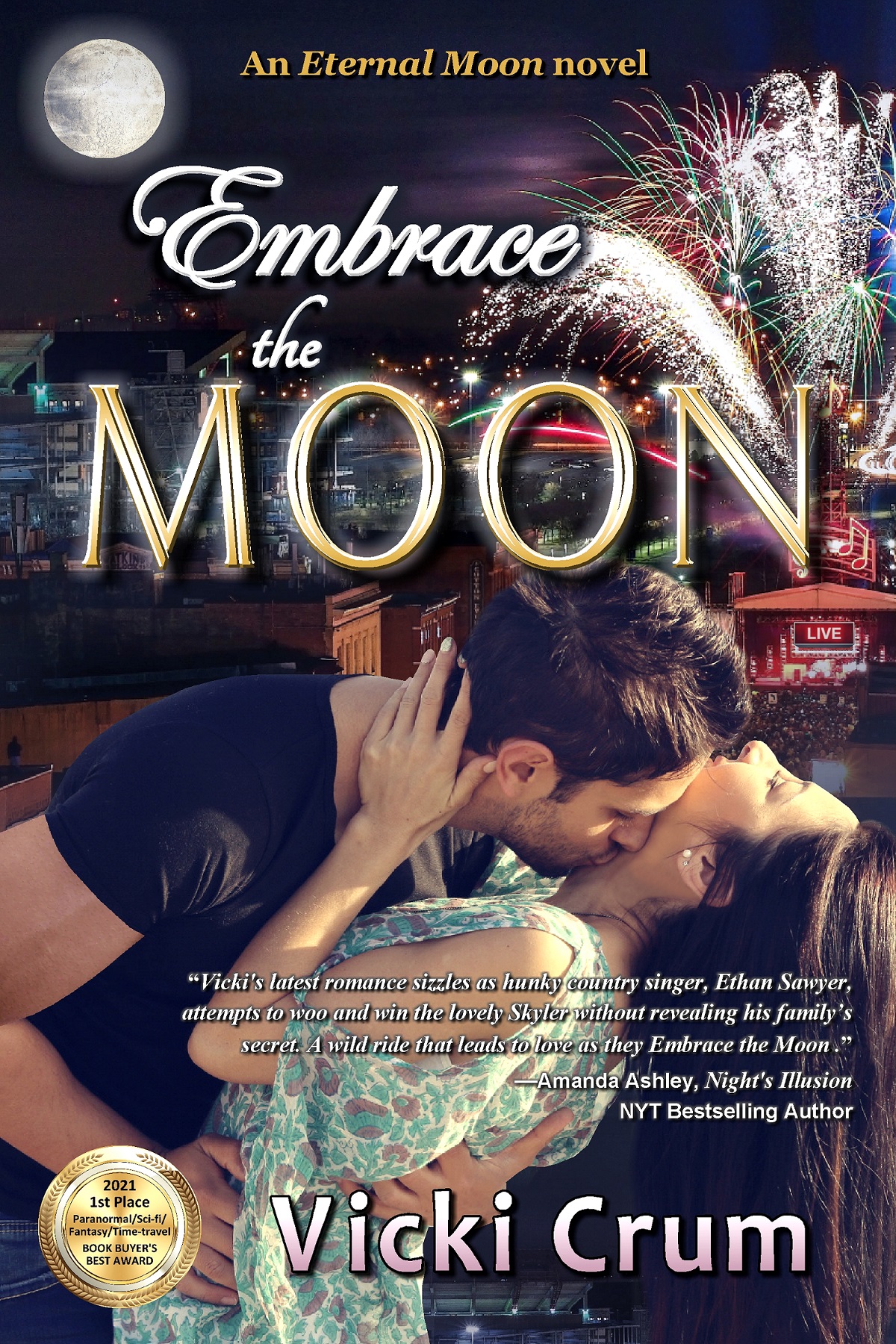 A tragedy from the past won’t keep country star, Ethan Sawyer, from claiming the woman he loves.

When Ethan Sawyer’s intense attraction to the enchanting Skyler turns into a whole lot more, the popular country music star is ready to leave his wild bachelor days behind. But a serious relationship with a musician could be a bridge too far for the daughter of a famous rock and roll icon, cut down by a drug overdose in his prime.

Skyler has broken every promise she ever made to herself by falling in love with the last person on earth she should be with, a man who makes his living on the stage. When the media frenzy over them as a couple gets too hot for Skyler to handle, she has to take a step back and reevaluate her choices. Ethan’s willing to fight for the woman he loves, but how can he compete with a ghost and the heartache left in the wake of his tragic death?

Even if Ethan can convince Skyler that they can successfully navigate the pitfalls of his very public career to find their own happily ever, how will he explain the secret he’s been keeping about what’s buried in his DNA? A sizzling romance that will make you laugh, make you cry, and leave you wanting more. 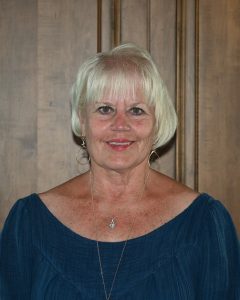 Vicki Crum is the award-winning author of the Eternal Moon series – Once in a Blue Moon, Moonspell, Blood Moon and Embrace the Moon. Blood Moon was voted Best Paranormal Romance of 2021 by Book Buyer’s Best Award. Vicki resides with her husband in a charming seaside community in Southern California. She has two grown daughters and two adorable grandchildren who light up her world. Vicki loves readers!

A Dare Too Far Blitz 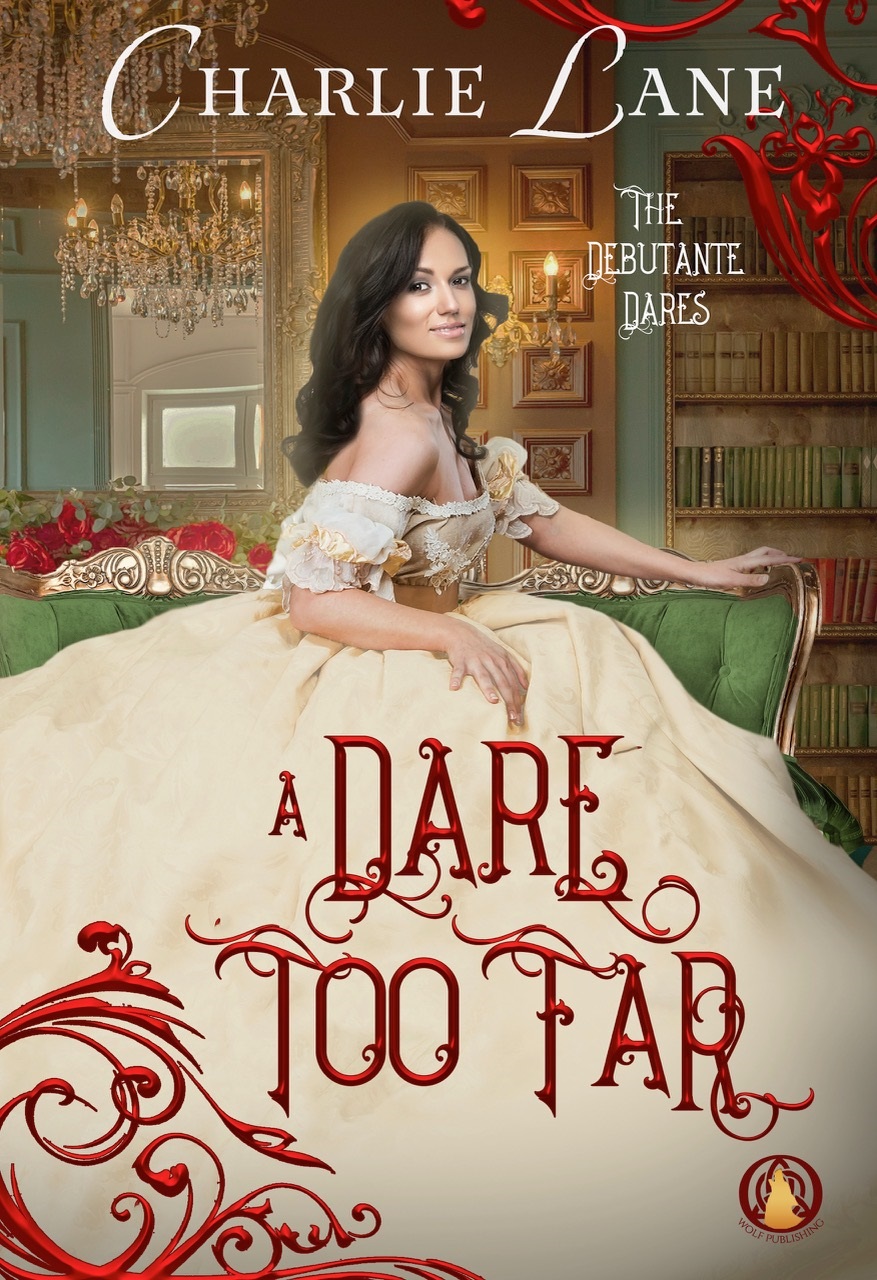 In this friends-to-lovers Regency romance by Charlie Lane, an independent lady and a cautious earl must do the most daring thing of all—fall in love.

And a Christmas house party that turns love into a dangerous game.

The Earl of Abbington is not a daring man.

Responsible for the care of an opium-addicted uncle, George’s life poses dangers to a bride that he’ll never risk. It’s why he avoided the independent and kind Lady Jane last year, despite her brother’s request he protect her during her season. His neglect no doubt led to Jane’s tattered reputation. In reparation, he’s sent pre-approved suitors to the house party to ensure she marries well, not to a man whose life is a nightmare.

Lady Jane is done being daring.

Her daring spirit ruined her reputation, her family’s social standing, and her brother’s marital prospects. But a Christmas house party attended by a coterie of willing suitors can put everything right. Plain of face and ordinary of intellect, Jane knows she’ll never find love. And she doesn’t want it anyway. Love is the most daring thing a woman can do, after all. Instead, she’ll develop a system to test her suitors and discover the best husband for a practical sort of marriage.

Jane needs George’s help choosing a husband, but George soon realizes he can’t give it without betraying his own heart. Together, they must find the courage to face the dangers of love or lose the love of a lifetime.

Other Books in The Debutante Dares Series:

The Debutante Dares Series, Book One

In this Regency romance by Charlie Lane, a London season of scandalous dares forces a lady and her duke to see that perfect isn’t all it’s cracked up to be.

A redheaded bluestocking in desperate need of a wealthy husband.

A handsome duke looking for the perfect duchess.

And a dare that shows that opposites may not only attract but can be so much more.

Lady Tabitha Hampton has the memory of an elephant. Her sharp brain locks everything away tight as a trunk in an attic. But this talent fails to help the twenty-seven-year-old bluestocking attract the attention of a single wealthy suitor. And she needs one. With three sisters of marriageable age, a sickly father, and a series of bad investments draining their dowries, Tabitha’s marriage could save or ruin her entire family.

The Duke of Collingford needs a wife, but not just any one will do. Arthur’s future duchess must be perfect in every way—fair of face, impeccable manners, with enough social influence to impact his parliamentary projects. When he joins the whirl of the London season, the duke finds an insufferable, redheaded wallflower instead.

Tabitha insists she can be the perfect duchess, if he’ll only give her the chance. Arthur agrees to test her abilities, but she tests his control. And one taste of her lips is enough to make him embrace chaos.

Opposites may attract, but can they cooperate? Or will they lose everything, including their hearts? 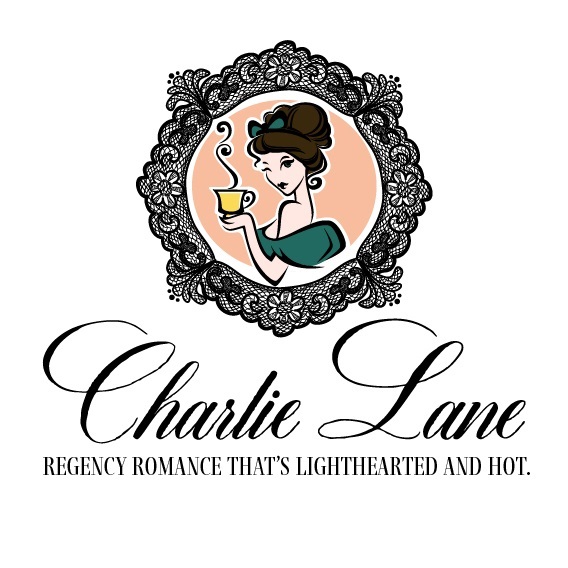 Charlie Lane traded in academic databases and scholarly journals for writing steamy Regency romcoms like the ones she’s always loved to read. Her favorite authors are Jane Austen (who else?), Toni Morrison, William Blake, Julia Quinn, and Maya Rodale.

Charlie writes unique stories with unconventional characters who push against the rigid restrictions of their society. Officially, Charlie has a Ph.D. in literature with a focus on the nineteenth-century novel and children’s literature and answers to Professor. Unofficially, she’s a high-flying circus-obsessed acrobat, with an emphasis on two-tail silks and answers to Muscles Magee. She lives with her own Colonel Brandon, two little dudes, and a furry fella in East Tennessee.

The Dragon and the Girl: True North Blitz

THE LAST DRAGONS IN THE KINGDOM WERE KILLED A HALF CENTURY AGO.

At least that’s what twelve-year-old Eliana has grown up hearing. Imagine her surprise when one morning in the forest she finds herself eye to eye with a young dragon. When she learns the dragon’s father has been missing since the last full moon, she vows to help.

Together, they seek the King for guidance, but upon reaching the castle they realize the short, frazzled King has problems of his own. The kingdom’s treasure is missing and the tribute to the Overking is due in a few short weeks. If the King doesn’t pay, he will lose his kingdom to the Overking’s feckless nephew.

The dragon and the girl must discover courage—sprinkled with magic—to find what is lost before the kingdom falls into the wrong hands and people and dragons perish forever.

At six years old, Laura Findley Evans wrote her first story about a man named Brill who flew to the moon. When her teacher asked her to stand up and read it to the class, she learned just how powerful a story can be. A creative writing major in college, she has written many more short stories, some of which were published, and one that won an award. The Dragon and the Girl: Due North is her first novel. It began when her grandchildren said one night (when they were supposed to be sleeping), “Tell us a story.” And so she did. Laura would like you to know that whatever she writes must be true, whether it is real or not. She hopes you will discover the truth in this story. You can visit her online at www.LauraFindleyEvans.com. 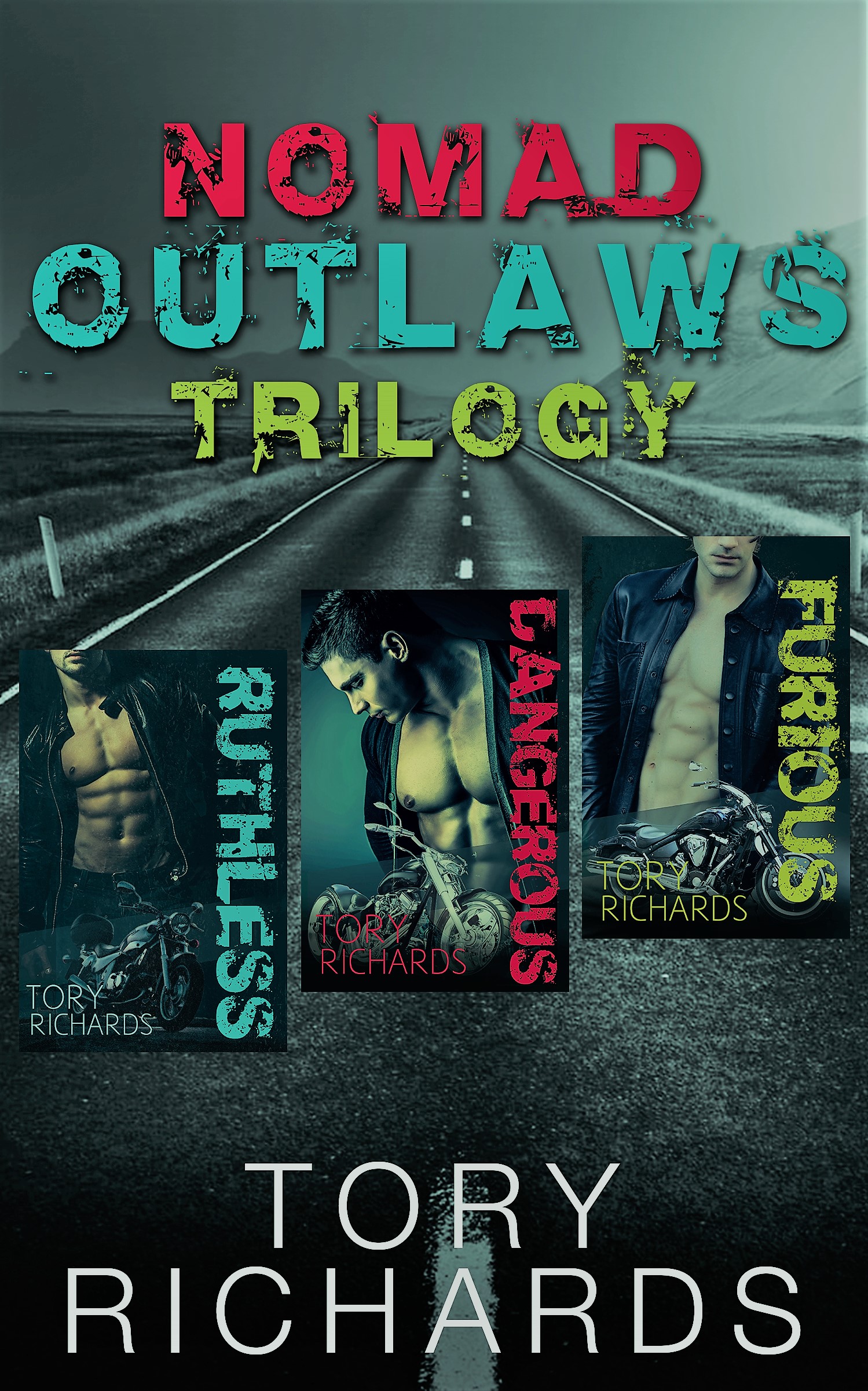 Outlaw bikers. Nomads. They call no place home. No woman owns their hearts.
Until they do. A sexually charged, action packed series with no cliffhangers
and HEA.

First time all three books offered in a boxed set! 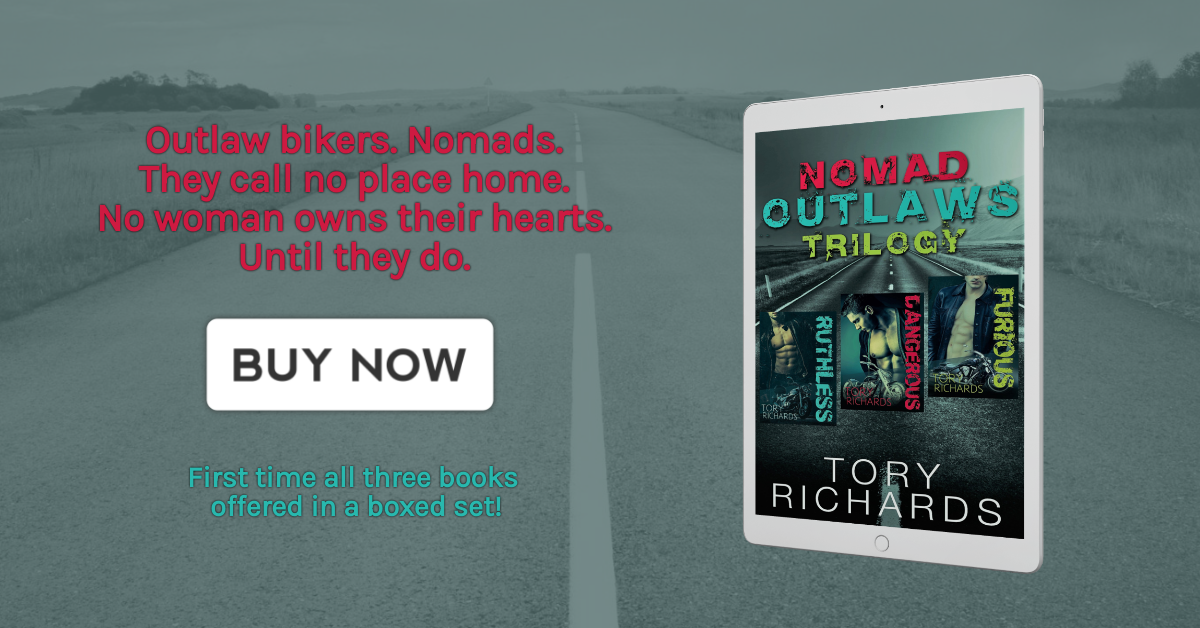 An excerpt for all three books in the trilogy.

Ginger spun around when I shut the door, the look of a trapped animal in her pretty blues. I ignored her growing terror, steeling myself for what I had to do. Even behind closed doors I had to make it real, had to be convincing that I was an unfeeling bastard. I saw her swallow, could see her tits rising and falling rapidly as the fear of the unknown overwhelmed her. She was expecting the worst, preparing herself to do whatever she had to do to survive.

“Take off your clothes.” I kept my tone harsh, indifferent to her growing panic.

She shook her head vigorously and stepped back, slamming hard against the cracked porcelain sink. A nervous cry escaped her, and her eyes were wild as she took in her surroundings and realized that there was no escape. Her gaze touched on the door behind me before meeting my eyes.

“Liar!” I whispered sharply down into her face. For a minute we just stood staring at each other in the darkness, listening to the sound of each other’s breaths. I swear I saw the glistening of tears fill her eyes. “We’re not good men, Luna. You come on to one of these men, let him expect something more, and he’ll take it, whether you want to give it up or not. That’s their fucking world. Luckily Puck’s a little more understanding than most. But if that had been me you were rubbing up on, I would have taken you out back and fucked you up against the wall.

“So, what, this is a warning, Jace? You’re the good guy looking out for the innocent, unsuspecting woman?”

She yanked her arm away from me and crossed her arms. “I’m twenty-eight years old, Jace, old enough to make my own decisions, and mistakes, if I want to. That’s how most people learn,” she threw at me in a single breath. “So what makes you think I can’t take care of myself?”

I backed her up against the side of the building…

“Why did you fire me?” I asked after a while. I was genuinely interested in his answer.

He expelled a heavy breath and released me, stepping away. “You don’t belong here.” His gaze moved down and up my body, missing nothing, and leaving me melting inside. “In spite of how you’re fucking dressed.”

I slammed my hands on my hips, about to challenge his statement. “What does that even mean?” I snapped in frustration. “How do I not belong here? I’m a good bartender, and I need that job.”

He moved to his desk and leaned against the corner. “You’re too fucking innocent, and I don’t want to have to worry about some drunk trying to get inside your pussy.”

I let out a huff. “Do you have to be so crude?” I really wanted to call him a pig. “And I’m twenty-five and not a virgin, so I think that takes my innocence off the table.” 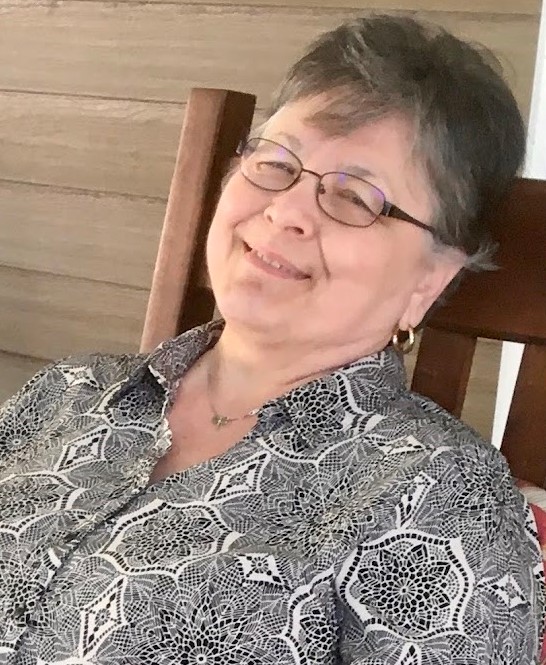