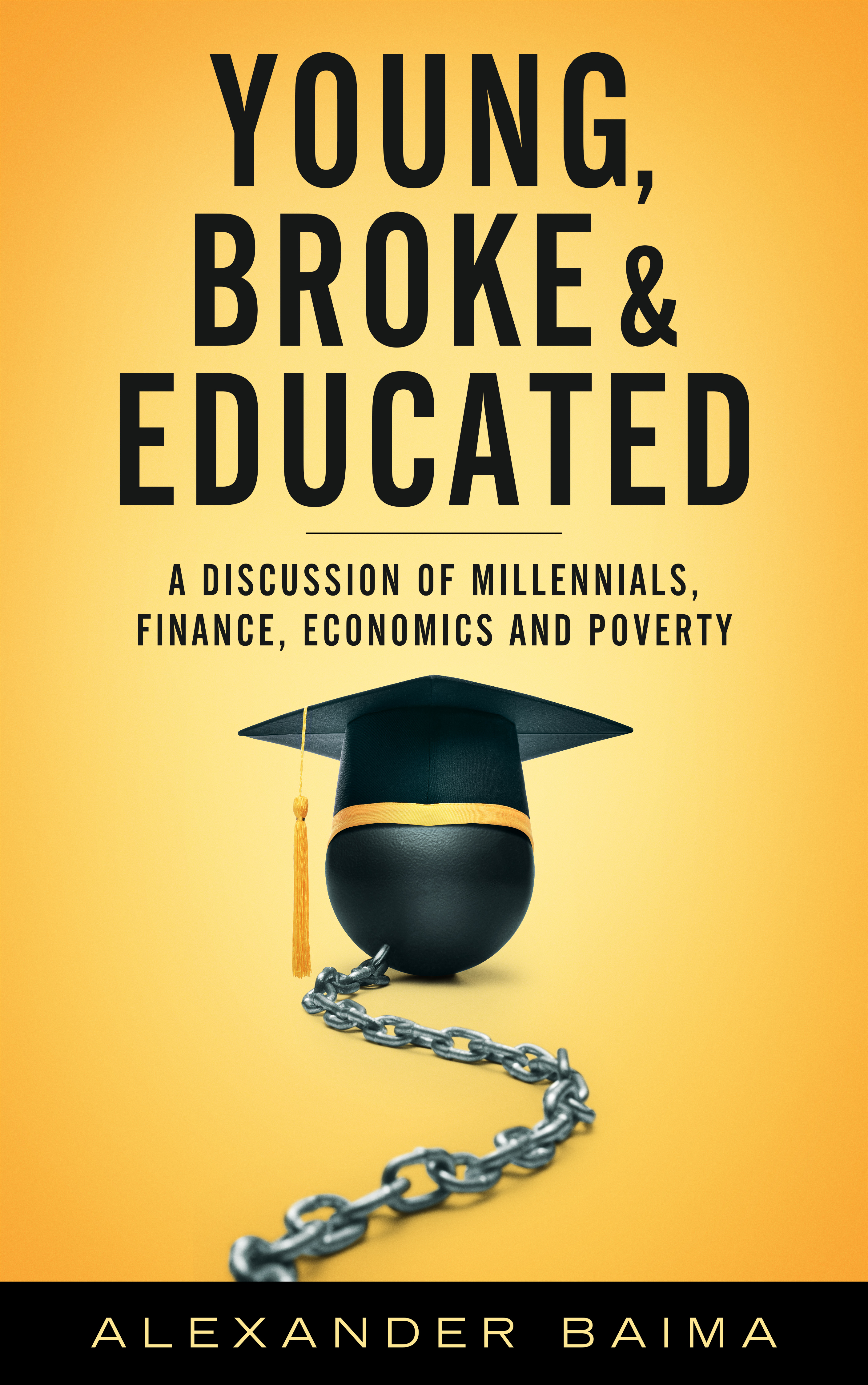 Alexander Baima graduated college with $80,000 in student debt at the age
of 23 from one of the top 25 business schools in America. After college he
went to work as a financial planner and serviced fortune 500 clients. He
created the financial plans that brokers took credit for, and while they
grossed millions a year, he made minimum wage.

At 29, his parents had a house with an $80,000 mortgage and a child –
and they lived on one income. At 29, Alexander still had over $50,000 in
student debt. How could previous generations have so much more than most
millennials who still struggle with little hope for the future?

Young, Broke and Educated investigates the decline of purchasing power
among young people, especially over the last generation. It explores in
basic, easy to understand terms, how economic systems have evolved to hinder
the financial success of millennials and the incentives that government, big
business and banks have to prevent progressive change.

Alexander Baima, a master in the field of eCommerce and early adopter of
blockchain technology, walks you through, step-by-step, what the issues are
and what needs to change to ensure that millennials and future generations
have access to the same type of success that previous generations took for
granted. 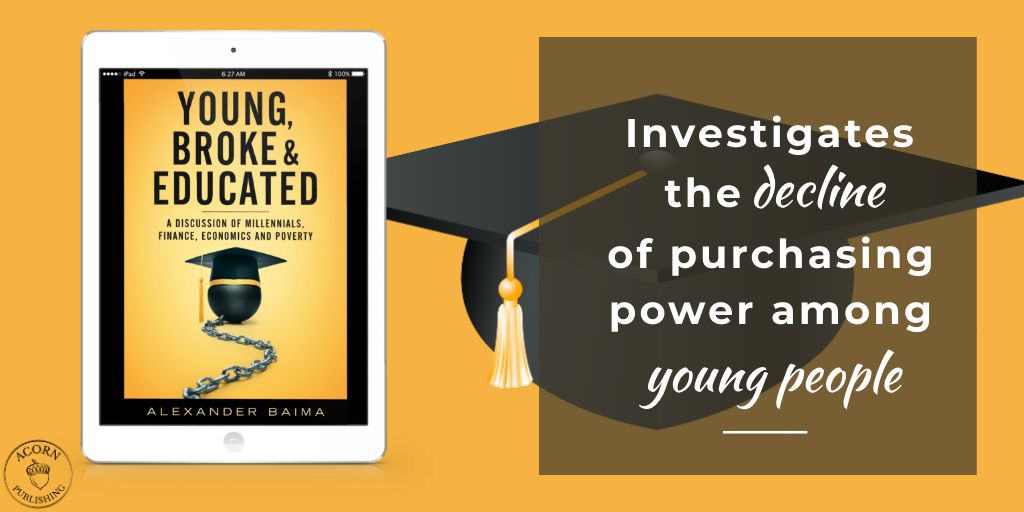 For the last 150 years or so, parents of each generation have had the simple goal of providing a better quality of life for their children than they experienced. The millennials are the first generation in this modern era in which the majority of Americans expect they will have a lower quality of life than the generation that preceded them.

Suicide has surged to the highest level in nearly 30 years, [1] and between 1988 and 2008, America experienced a 400 percent increase in the use of antidepressants. [2] Children are now being raised in daycare, by strangers, and by their electronic devices more than by their actual parents.

In an age where young people experience being “triggered” and needing “safe spaces,” and when century old confederate monuments are now being branded as hateful and being torn down, someone has to ask, What on earth is going on? Throughout history, we have always experienced times where there were great periods of change, but we are perhaps experiencing some of the biggest changes today. In addition to evolving technology and differing attitudes, the past 50 years also created and separated the richest and the poorest generations in American history. This generational wealth gap will be fueling most of the changes in America driving forward, as well as most of the discussion in this book.

I grew up in what most would call an upper middle class family. When I was young, both my father and mother worked fulltime jobs, and then later, my father became the sole income provider. Every year my parents and grandparents would go on lavish vacations to exotic destinations where they would spend a week enjoying an amazing experience. Almost weekly, my parents would dine at high quality restaurants, buy expensive jewelry and live a relatively grandiose lifestyle. I was programmed along with millions of other millennials that if I went to college and worked hard, this would be my life too. Six years removed from college at the age of 29, I had never been on a vacation, and I still considered In and Out a high quality dining establishment. When my parents were 29, they already owned their first house.

Unfortunately, in most discussions about generations, many of us receive only the viewpoints of older people who are generally more financially established and are the primary consumers of luxury services in America. Business owners and the media are more prone to represent only these consumers, limiting their focus on their most profitable customers. When you see millennials getting upset about the unequal distribution of wealth, this is one of the reasons why. I aim to provide a view from their side.

I graduated college in 2012 with a four-year liberal arts degree in business administration from what was said to be one of the top 25 business schools in America. Truth was, I never wanted to go to college, but like many young people in America, I endured significant pressure from just about everyone. How many times in your life have you seen a TV commercial telling you not to go to college? Like many, I was told that if I didn’t get a college degree, I would never amount to much of anything. The plan was that I would go to college, make tons of money, and live happily ever after in a mansion overlooking the beach. At least, this was what the commercials, the college itself, and my parents suggested would be the reality.

Alexander Baima received his bachelor’s degree in Business
Administration from the University of San Diego. By profession, he has
excelled as both an analyst and project manager. He currently holds a CAPM,
MOS and SSGB certification in the field of project management. Alex is a
talented entrepreneur who specializes in 19th and 20th century porcelain as
well as modern innovative computing.

Alex is a firm supporter of Cryptocurrency and believes that this
technology will revolutionize the way all countries function within a matter
of a few years. He is currently invested in Bitcoin, Ethereum and EOS with
the expectations that decentralized applications and smart contracts will be
a major contributor to our future.

He has published over 150 articles between LinkedIn and a new social media
platform called Steemit. As a millennial, his desire is to help solve many
of the great challenges that are plaguing today’s society and engage
in intellectual exchanges to help create a better world.