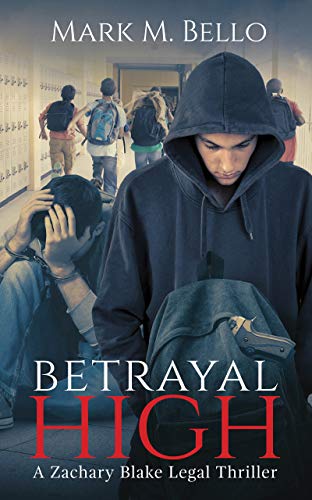 What does a kid do when it just won’t stop?

Kevin Burns has had enough. Today, the bullying stops. Today, he has easy
access to his father’s gun cabinet. Today, Kevin exacts his
revenge.

Stay there. Someone has a gun. Lock the door.

Bloomfield, Michigan, an affluent Detroit area suburb, is home to trial
lawyer Zachary Blake. Other school districts envy Bloomfield, that is, until
Kevin Burns commits shocking, all too familiar, acts of senseless violence.
In the aftermath of the tragedy, everyone wonders ‘why?’.

Zack Blake seeks answers, justice for the victims, including his own
son.

How does a kid get a cache of weapons?

The sellers are politically powerful and cover up their role in the
bloodbath. The 2nd Amendment protects them, doesn’t it? And President
Ronald John, Zack’s old nemesis, is a friend.

Can powerful evildoers be brought to justice? Can Zack expose a dark web
weapons conspiracy and the abuse of absolute political power in court?

How does a broken community heal?

In Betrayal High, a Zachary Blake legal thriller, award-winning
author/attorney Mark M. Bello answers these questions and more in this fifth
installment of what many readers are calling the country’s best
courtroom drama series. Prepare to get Betrayed . . . again.

Other Books in the Zachary Blake Legal Thriller Series: 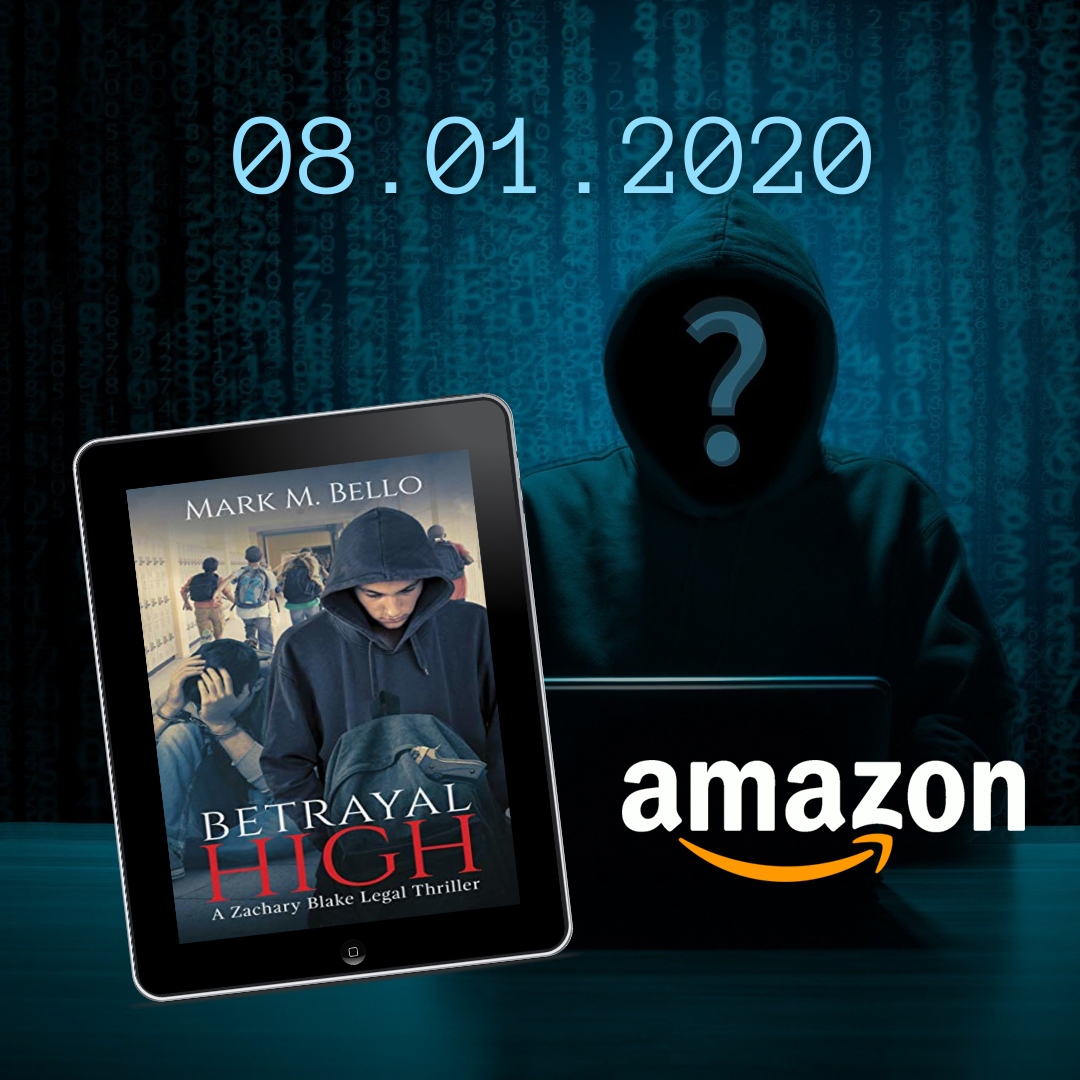 As an attorney and social justice advocate, author Mark M. Bello draws upon
over 40 years of courtroom experience in writing his Zachary Blake Legal
Thriller Series.

A Michigan native, Mark received his B.A. in English Literature from
Oakland University and his law degree from Thomas M. Cooley Law School.
After 40 + years in and around the law, Mark turned to writing to provide
readers with real-life snippets of how our criminal or civil justice systems
might handle various “ripped from the headlines” topics. Combining
his legal experience and passion for justice with a creative writing style,
Mark brings captivating and thought-provoking novels to his readers.

When Mark’s not writing legal and political novels, he writes and
posts about fairness and justice in the civil justice system on his website,
Legal Examiner and Injury Board. In his spare time, Mark enjoys traveling
and spending time with his family. Mark and his wife, Tobye, have four
children and 8 grandchildren.

Comments Off on Betrayal High Blitz

Blood on Their Hands Blitz 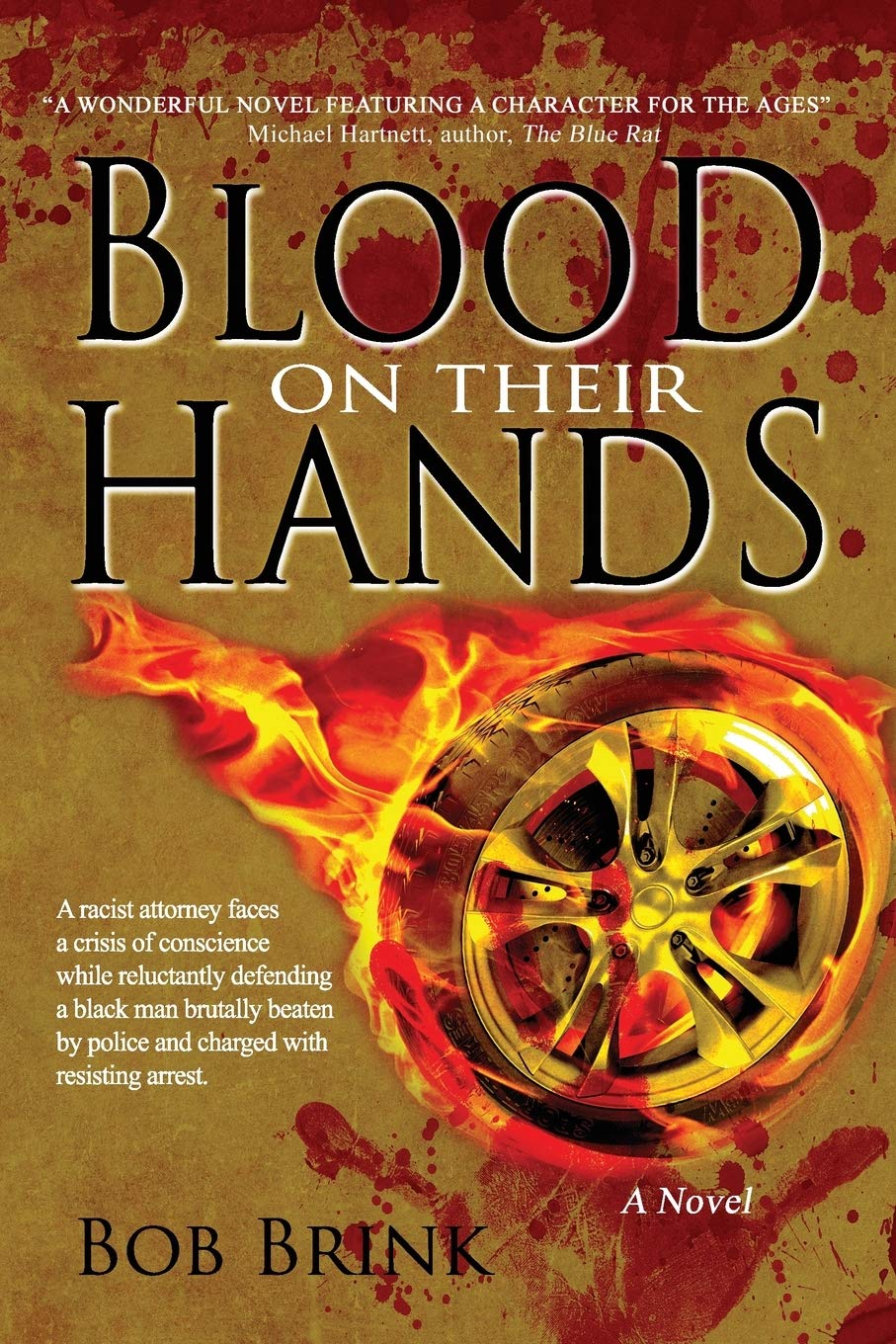 LEGAL THRILLER – BLOOD ON THEIR HANDS

A racist attorney faces a crisis of conscience – and danger –
while reluctantly defending a Black man brutally beaten by police and
charged with resisting arrest.

Alec Monceau is a black man working to support his daughter’s family
in Trinidad. It is 2008, and his car carries an Obama bumper sticker. This
political advertisement leads to a superfluous traffic stop and a brutal
beating by police.

It goes against Garbuncle’s grain to defend a black man from a charge
of violently resisting arrest, but he is so confident of winning that he is
negligent in the jury selection, and a mistrial occurs. He then discovers
incriminating evidence on the two cops, and his new challenge becomes how to
keep himself and his client alive pending a new trial. 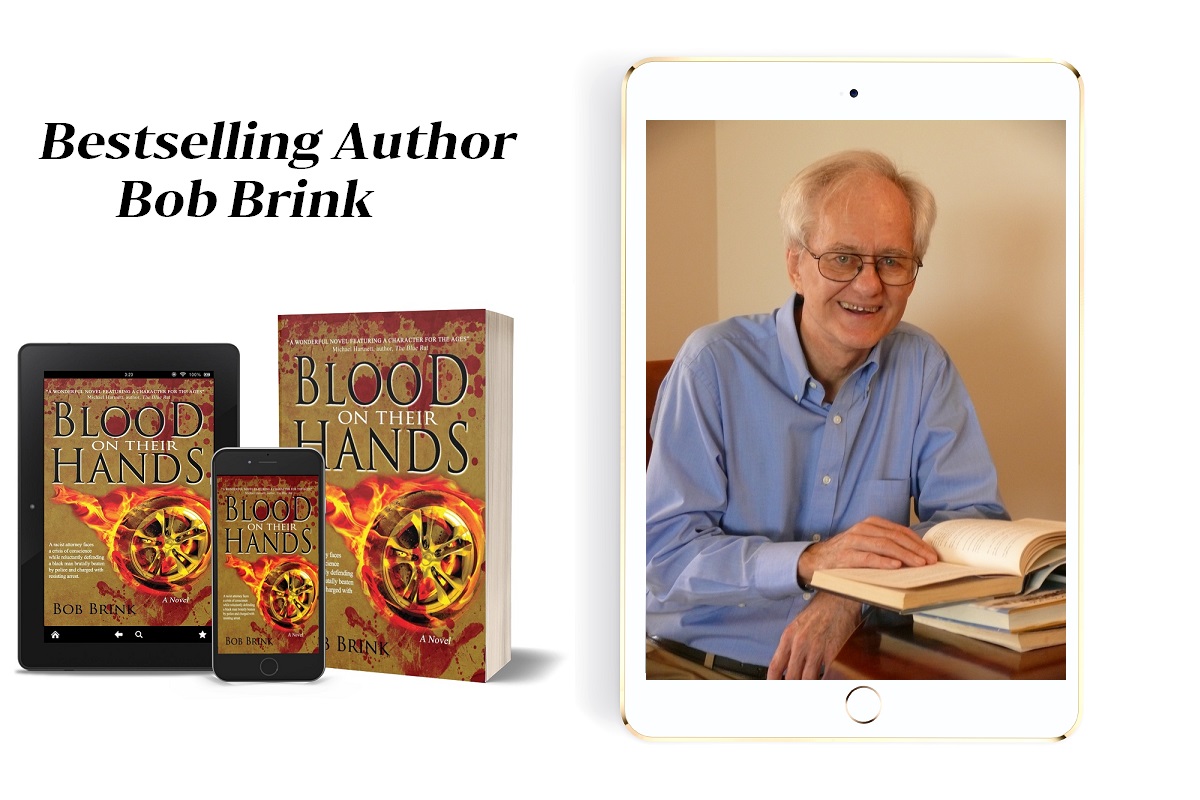 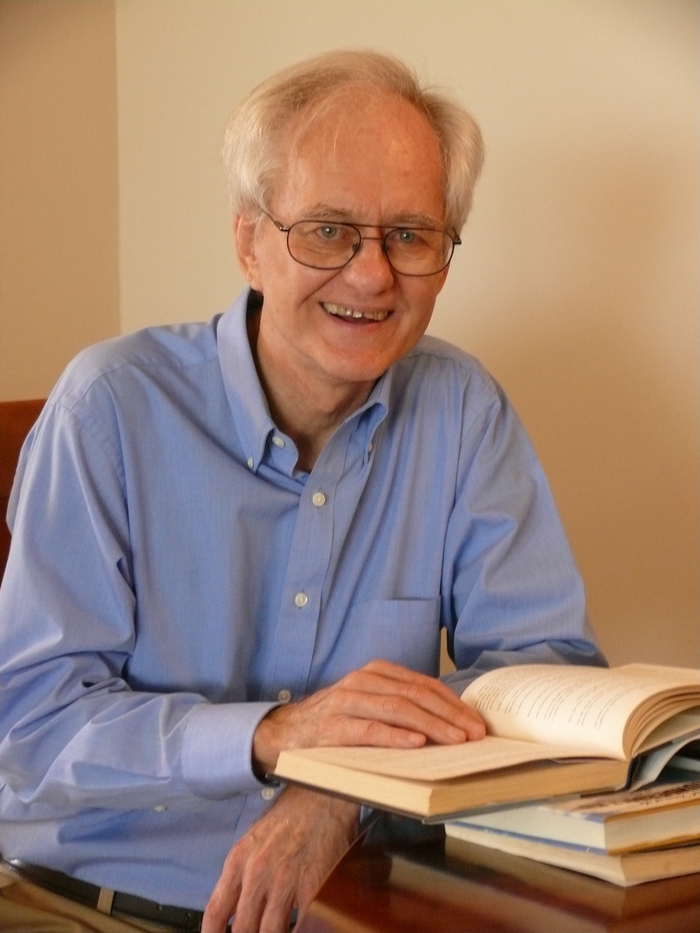 Bob Brink is a journalist who worked with the Palm Beach Post, The
Associated Press in Chicago, Milwaukee Journal, Tampa Tribune, Joliet
Herald-News, and Palm Beach Media Group (magazines). His byline has been on
thousands of news stories, features, and entertainment reviews.

He has been a freelance writer for several years, and now is embarked on
writing novels. To promote his books, he has a website, with a blog on which
he addresses activities involving his books, other books, and three
passions: grammar, alternative health care, and socio-political issues. The
website address is: www.bobbrinkwriter.com.

His newest book, the legal thriller Blood on Their Hands, was published by
TouchPoint Press in May 2020. It followed Murder in Palm Beach: The Homicide
That Never Died, a roman a clef about a real, sensational 1976 murder that
made headlines for 15 years, and has advanced to the front pages again with
a new development in the case.

The initiating incident in Blood on Their Hands is the brutal police
beating of a Black man, and the theme of racial injustice and bigotry runs
throughout.

Brink has won numerous writing accolades and several awards, including
three for Palm Beach Illustrated, which won the Best Written Magazine award
from the Florida Magazine Association after he became copy chief and
writer.

Besides dabbling in short-story writing over the years, Brink immersed
himself in learning to play the clarinet and tenor saxophone. He performed
many years with an estimable, 65-piece community symphonic band, and played
a few professional big band gigs. He relegated music to the back seat after
embarking on writing novels.

A product of Michigan and Iowa, Brink has a bachelor’s degree in
English and German from Drake University in Des Moines and completed
graduate journalism studies at the University of Iowa.

Tagged as Blood on Their Hands, Bob Brink, Legal Thriller

LIVING AND DYING IN THE RAINBOW LIGHT – BLITZ

Elizabeth Shaw finds herself in a dilemma of great magnitude when she’s appointed by Judge J.T. Lockman to represent the most hated man in the rural county where she practices law. Her client is accused of killing a popular legal assistant who worked for the most powerful lawyer in the county, a man who’s also about to announce his candidacy for governor of the state. Elizabeth’s dream that she might someday be appointed as a judge begins to dissipate when she takes on this highly controversial case, but disappears completely when the married gubernatorial candidate makes it clear that he wants an affair with her as the cost of any such appointment. This novel continues the arc of change in a rural county from the prejudices of the past to a more hopeful future when the county’s first female trial attorney enters the scene. She’s a woman who knows her way around the courtroom and how to accept the foibles of the men who surround her in the male dominated legal community, making her very popular with the courthouse regulars. Her talents are less accepted by some of the good old boys who run the power base of the county, but she’s prepared to take on anyone who gets in the way of proper representation of her clients. When her criminal client avows his innocence, her determination to do the best she can no matter what the consequences to her personal life puts her on a collision course with the most powerful lawyer in the county. It’s a battle to the end for the truth to come out about what really happened to the beautiful young assistant whose death haunts everyone who knew her.
Other Books in the Lincoln County Law Trilogy:

Legal Thriller
Volume I of the Lincoln County Law Trilogy
Published: March 2016
Brilliant young trial attorney J.T. Lockman finds himself in the trial of a lifetime when he’s appointed to represent an innocent African American man accused of murdering a wealthy white man in a county where the Klan has ruled supreme for many years. Lindsey Wilkens, a proud family man, has already experienced the impact of racism on a jury verdict. He was charged with dealing in stolen property for selling an electric saw he found abandoned in the woods as he walked home from work. He went to trial against his attorney’s advice and learned that innocence didn’t matter when it came to a finding of guilt in a courtroom set in one of the state’s most infamously racist counties. Now, when he finds himself in the bowels of a jailhouse run by the sheriff whose reputation is what gives the county its shameful notoriety, he turns to the same attorney, a man he’d learned to love during his first experience with criminal justice. Lockman embraces the chance to right what he considered a terrible wrong the first time his client was convicted, but he faces the wrath of public opinion, as well as the anger of his friends, family, and the woman he loves as he takes on the establishment of the county, bringing to the surface the many ghosts of its racist and violent past. In doing so, he must also come to terms with his own past if he will have any chance to save his relationship with the first woman he’s ever really loved. This is a book that makes us face the reality of our past, but carries within its pages a hope for a future where we, as a society, may be able to move beyond the disease of racism, although the journey may destroy the lives of many along the way.
Buy it from Amazon

Legal Thriller
Volume II of the Lincoln County Law Trilogy
Published August 2016
J.T. Lockman faces the challenge of a lifetime when he is appointed to enforce a teenager’s fundamental privacy rights while also representing a man charged with murdering his gay lover. He must face his own prejudices about issues that divide public opinion as his cases progress through the judicial system and come to terms with choices that matter and choices that don’t exist.
Buy it on Amazon
About the Author

During her thirty year career as a trial and appellate attorney, award winning author Jerri Blair litigated many high profiles cases involving her clients’ fundamental rights, some of which had a significant impact on the law. Her books reflect the reality of courtroom tactics and the intricacy of legal procedure, as well as her life experiences growing up in the segregated South and her fight for justice in the courtroom, sometimes all the way to the United States Supreme Court.
Contact Links
Facebook
Promo link
Purchase Links
Amazon
BookBuzz

Comments Off on LIVING AND DYING IN THE RAINBOW LIGHT – BLITZ

Tagged as Jerri A. Blair, Legal Thriller, living and dying in the rainbow light