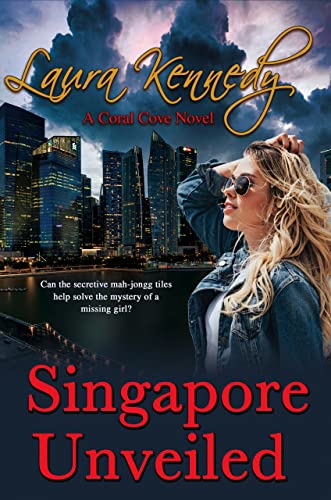 Can the secretive mah-jongg tiles help solve the mystery of a missing girl?

When Brooke Bentley’s father is transferred to Singapore for a year and he drags their family along, she’s more than mad. But what choice do you have when you’re only seventeen? So obviously it seems more than unfair after months of chaos involving the Cammies, the infamous members of the most exclusive club at Marlborough Academy, that Brooke is now being held responsible for the disappearance of a girl she barely knows. 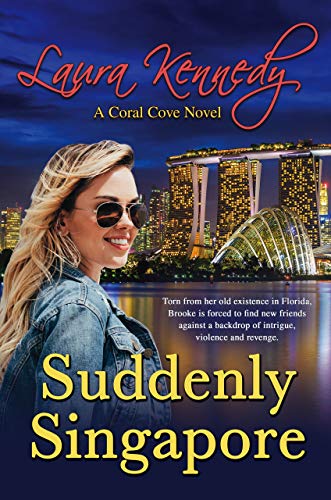 I should have known the night we landed at Singapore’s Changi Airport things would turn out badly.

That something was already steeping in the thick, black Malaysian air like a tea ball of Darjeeling in a teapot.

A something that would totally change my life forever.

Torn from her old existence in Florida, seventeen-year-old Brooke Bentley is forced to find new friends against a backdrop of intrigue, violence and revenge.

The ancient game of mah-jongg is sort of like life, each ivory tile a clue, a direction to take, a season of the year or even danger ahead. I realize now I should have paid more attention during the months I was in Singapore. I should have sensed something ominous from those exotic designs warning me about Summer and her little sister Plum. But being me, I had to find out the hard way.

I can always blame what happened on my parents for dragging me to Malaysia. I mean, how many other seventeen-year-olds in the universe are forced to give up their entire lives to move halfway around the world?

I remember the whispers around Coral Cove High before I left Florida. There’s Brooke Bentley. Her father got transferred to Asia and she has to go, too. God! And it’s her senior year!

It was obvious they felt sorry for me. I felt sorry for me. I mean, the whole thing sucked. And even though deep down I was still totally mad, I guess I adjusted pretty fast. New school, new friends, new stuff to do. But it wasn’t long before the illusion of tranquility in the safest city in the world was shattered. How you wonder? Well, it all happened like this.

It was near the end of January and my mother had just dropped my brother Benji and me off at Marlborough Academy, our stuffy, terribly respectable private school. Thoughts of my new boyfriend Raffie were skipping through my mind when I noticed the sad state of Benji’s necktie.

“Here. Let me straighten your tie or you’ll get a demerit.”

He groaned. “I don’t know why they make us wear these stupid uniforms.”

“Because Marlborough is terribly British and into Stamford Raffles and all of that. So, you’re just going to have to live with it. Stiff upper lip. Think of it this way, when you turn fifteen, you’ll be allowed to wear long pants.”

“By fall term we’ll be back in Florida and I can wear jeans to school again.”

“If Dad’s through with the hotel project.”

“Well, if he isn’t, I’m going home to live with Grandma Donnie.”

Home. Just hearing it sounded weird. Coral Cove, Florida and my old boyfriend Tyler. Sudsy and Tamara and my other BFFs. The longer I was in Singapore, the hazier they all became.

I have to let all of that go, I reminded myself. Live in the now, the thought of which brought me back to my new hot boyfriend, Raffie Desai. Would he send me a valentine? Doubtful since he’d never even said anything remotely romantic. Besides, did they even have Valentine’s Day in Asia? And if they did, Raffie was maddeningly unemotional and wouldn’t send one. Maybe it had something to do with being Hindu.

I was barely through Marlborough’s massive front door when my best guy friend, Mu, spotted me. With gelled, spiked hair and turned up collar, he made Marlborough’s gross general issue uniform look almost cool.

“Hey, Brooke, Queenie’s been looking for you.”

He nodded. “Says she has something terribly crucial to tell you. But then, you know what a drama queen she is.”

“Thanks. Well, I’m sure she’ll tell all when she sees me.”

My main BFF, Quoi, aka Queenie, was waiting for me outside of Mrs. Harris’ classroom. Still managing to look very Teen Vogue in her plaid skirt, white blouse, blue blazer and perfect make-up, it was obvious she was upset. “Brooke, I’ve got to talk to you.”

“Not really.” Nervously, she ran her hand through her long, dark hair. “My father had another death threat yesterday.” It came out as one big sob.

“Ohmigod! So, did he call the police?”

She nodded. “They told him not to worry and that they’ll step up surveillance around our house.”

I gave her a hug. “Don’t worry, Queenie. I’m sure this kind of stuff always happens to important people in government.”

“I guess. Obviously, my parents are really freaked. They even hired a bodyguard for me.”

She nodded to other side of the hallway. “See that muscular looking dude leaning against the wall? His name is Li Yong. He shadows me wherever I go.”

“He looks pretty tough. Is he going to classes, too?”

“No, we asked, but the principal won’t let him, so he’ll have to wait outside my classrooms.”

I gave Queenie a reassuring smile. “Well, it’s a good idea to be on the safe side. At least until the election is over.”

But on the inside, I didn’t feel so confident. Maybe someone was really trying to hurt Queenie and her family. Politicians always had someone mad at them. Reeling from my frightening thoughts, I grabbed my notebook and two texts and slammed my locker door. “So are we on for the Cammies Thursday?” I asked, changing the subject.

“I don’t know about the word fun. Besides, we have a crisis.”

“Mei Lien is moving. The rumor is she was caught shoplifting again and her parents have to get her out of Singapore or they’ll lock her up.”

“God. Well, it was bound to get real now she turned eighteen. It’s too bad, but she knew how strict Singapore is about that kind of stuff.”

“And…” Queenie stopped to take a breath… “Kalavani is transferring to art school.”

“No! Now who will do invitations?” There was a moment of silence while this revelation sank in. “Not that that’s the only reason I’ll miss her, of course.”

“So,” Queenie continued, “that means we have to find two new girls to keep the magic number at seven. As if with all of this other stuff going on I even care.”

“Oh, Queenie.” I gave her a hug. “Obviously, Club pales in comparison to your safety, but you have to move on with your life. Remember the motto of the British in World War II? Stay calm and carry on. Isn’t that what Miss Harris told us in British History?”

Queenie blinked back a tear. “You’re right, Brooke. You are so maddeningly logical sometimes.” She paused to reboot. “Okay, I know of two possibilities. Summer Chaing and her little sister, Plum. They just transferred from Nanyang Girls School. Summer’s a senior like us and Plum’s a freshman.”

“Freshman? Isn’t she sort of young?”

“Yes. But Summer is perfect and her mother won’t let her join unless Plum gets in, too. Besides, I recently realized something earth shattering.”

“And what could that possibly be?”

“If we don’t take in younger girls, the Chameleons will be extinct when we graduate. Just like the dinosaurs.”

I laughed, happy for an excuse to. “Hmm, I never thought of it. Somehow I assumed we were immortal.” We continued down the crowded hallway, me considering my newly discovered mortality. “So when do I get to meet our next victims?” The minute I said it, I wished I’d used another noun.

“You can meet Summer now, because it just so happens, she’s assigned to our homeroom.”

The warning bell rang and Queenie and I slipped through the door milliseconds before Miss Harris closed it. Like homing pigeons, we fluttered to the back of the classroom where we slid into our seats.

There sat Summer. Pretty as a China doll, her almond eyes, tiny nose and rosebud lips looking as though they’d been painted on her face. Dressed in Marlborough white blouse, plaid skirt and saddle shoes, she sat with her hands folded, the epitome of serenity.

Lounging at my old desk, Audrianna looked up. “Hi, Brooke. Just stole your place a sec so I can keep Summer company. Oh, Brooke, this is Summer. Summer, Brooke, the girl from the U.S. I was telling you about. Brooke and I are practically the only blondes in the school.”

Getting up, she returned to her seat, reassuringly patting Queenie’s hand on the way. Obviously, Queenie had filled her in on the death threat, too.

Summer looked at me and smiled. “Pleased to meet you, Brooke. It’s always fun to meet an American. They’re so refreshing.”

I laughed. “Well, I hope I live up to the image. I hear you went to Nanyang Girls School.”

She nodded. “All through secondary, but my mother wanted my little sister Plum to attend someplace more suitable for her emotional needs. That’s why we’re here.”

Emotional needs? A laundry list of possibilities skipped across my mind.

“Welcome back students.” Miss Harris’ warm British voice cut through my thoughts. “And a special welcome to those attending Marlborough for the first time. I’d like to extend a special welcome to Ruomei.” All heads turned toward Summer, who returned the attention with a Mona Lisa smile. “And now, I shall commence with roll call.” Miss Harris droned on until the bell rang, signaling the end of homeroom.

In the hallway, Queenie, Audrianna, Summer and I convened for a quick huddle. Audrianna nodded toward Queenie’s bodyguard lounging against the wall. “I assume you know about Bruce Lee over there,” she began, turning to me.

“Yes, and I think it’s a great idea. I mean, who wouldn’t feel safe with a guy like him following you around all day?”

Audrianna gave him a flirty once over. “Too bad he can’t come to classes. He’d be a delicious distraction, even if he is at least thirty.”

Smiling, I grabbed my book bags. “Got to run,” I said. Taking my cue, my Marlborough BFFs regrouped, then en masse, traipsed down the hallway, Li Yong trailing behind. “See you guys at lunch,” I called.

Summer turned to give a little wave. “Okay, lah.”

I waved back. So she and her sister Plum were at Marlborough because Plum needed something more suitable for her emotional needs. Whatever that meant. It was all too much. Shoplifting. Death threats. Bodyguards. So much for living in the now. 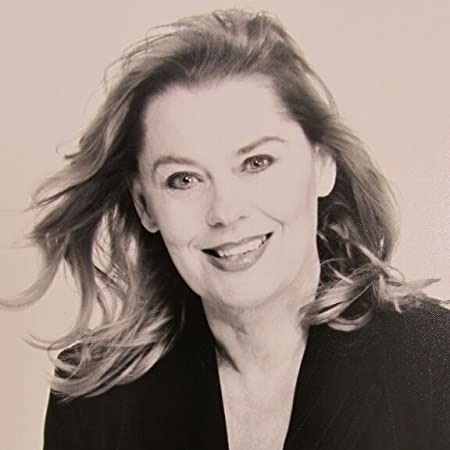 Laura Kennedy has been writing for what seems forever. Selling her first romance story to a well-known national magazine at twenty-two, she went on to sell several more, rounding the total to two dozen. Other writing credits include five other books: See Mommy Run, a humorous self-published novel, plus Surf Shop Sisters, Double Take, and Suddenly Singapore, all YA’s featuring Brooke Bentley. The series also includes Affairs, Fibs and Felonies, the tale of Barbie Bentely, Brooke’s mother.

Note: Surf Shop Sisters was a finalist in the 2016 Royal PalrmLiterary Award Competition in Florida.

Fire and Ice YA