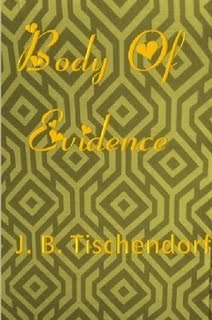 “Ask him if he didn’t intend to kill Noah when he went to the bar with that loaded gun, just what did he intend to do? It could be important, so you need to ask him and to get an answer.”
Richard Dandridge has left a big city Manhattan law firm to open up his own small private practice in his hometown of Rochester, NY. He is eking out a meager living representing small clients, but he is content to play golf and no longer be part of the scandals and notoriety of the big city law firms. Now, however, he has been thrown back into the big leagues by a huge local murder case. Lieutenant Vincent Trapp has shot and killed businessman Noah Arietta at the Foundry Café, in front of witnesses. There is no question that Trapp has done the murder and he certainly had motive, as Arietta had violently raped and beaten Trapp’s wife Paige. Lieutenant Trapp has requested that Richard Dandridge represent him.
Richard debates about taking the case—defending a guilty person can be professional suicide. But if he wins, the rewards would be huge. He will position himself as the top defense lawyer in Monroe County, and he will also have the personal satisfaction of defeating prosecutor Randall Walker, who has beaten Richard in his run for District Attorney. However, this case sure looks like a loser. Even the rape is in question: a rape kit performed on Paige is negative for sperm, although the woman clearly has been beaten.
Richard is therefore drawn to the case because of the positive effects a win would have on his career and the future of his firm. He meets with Trapp, who confirms the known facts: the death of Arietta was not accidental or a suicide and Trapp caused it, in front of witnesses. The Lieutenant meets all the qualifications for felony first degree murder. Against his better judgment and going with a gut feeling, Richard agrees to represent Trapp. Richard knows that he needs to design a case around the known facts, as damning as they are. He knows that Trapp is well-to-do, a decorated serviceman, and has never been in trouble before. Richard therefore sees the act committed by Trapp as completely out of character, even though the man has a clear jealous streak when it comes to his beautiful wife. The thought keeps coming back to him: Trapp must have been out of his mind to do this crime.
Richard realizes that this is a distinct possibility, and also the basis for a valid defense strategy—Trapp had acted while in a dissociative state psychiatrists referred to as the “irresistible impulse.” Now it is up to Richard to craft the compelling body of evidence that points so clearly to first degree murder into a case for a man so shaken and traumatized by the brutal attack on his wife that he unwittingly killed her attacker while in a dissociative state. Richard must use all his knowledge of the law to convince a jury that the Lieutenant was temporarily insane when he fired five bullets into Noah Arietta. It’s a defense recognized by the State of New York, but the odds of pulling it off are huge. Richard not only has to get an acquittal for a guilty man using an insanity defense, but he also has to successfully prosecute a dead man for rape.
About the Author

I began writing at the age of twenty because it was good therapy for me as a mother of an achondroplastic dwarf, at a time when there was not much knowledge or a support group.  To hone my skills I completed the University of Washington Certificate course, Introduction on Fiction Writing in September of 2001.  I attended a seminar on Writing Techniques and Styles, and another entitled How to Become a Successful Editor.  In 2016 and 2017 I participated in the James Paterson online courses for screen play and fiction writing.  As an avid reader, I organized a local Book Club here in Irondequoit…  I was presented in, “Two Thousand Notable American Women, Third Illustrated Edition”, prepared by the American Biographical Institute and published in 1991.  I was highlighted in an article by About Time Magazine in their Career Profile section in August, 1982.  Then shortly after the article appeared I was on the air for an interview at a Syracuse Cable Station in a 30 minute segment entitled “Successful Black Women in New York State” and taped another 30 minute segment for a program entitled “Spotlight On You”.  I appeared on WOKR-TV, “Shades Of Gray Program, where I was interviewed for Outstanding Achievement Recognition.  This took place in 1990. I was interviewed for an article on the front page of the Irondequoit Post for my fiction book released in 2000 and entitled Til Death Do Us Part?  I appearances on RNews (now known as YNN) in Rochester New York for my fiction book, and a nonfiction book entitled Who Says I’m Small in 2006, also promoted at the LPA (Little People of America) in Orlando Florida and Erie Pennsylvania in 2008.  I opened my home base computer business, J. Tischendorf Services (originally J. Saxton Services) in 1984 and Pageant Perfect Production in 1990.  I placed in the top 10 of the Mrs. New York State/America Beauty Pageant in 1983 and did freelance modeling for department stores.  I did photogenic modeling for Eastman Kodak Company’s Phototech Division and modeled for the Gannett Newspapers 1983 Annual Report and the United Way Annual Report.  I even participated in the special number drawing event for the New York State Lottery.  I continued to build this experience by commentating high school fashion shows.
In 2010, Tate Publishing released by non-fiction book, “The Madman, The Marathoner”.  Today I have several manuscripts, some of which I have entered in the Amazon book contest, and others that I continue to work on.
For the past several years I have participated in Author’s Night at Barnes & Noble which has kept my face in the public eye.  When it comes to wanting to be published and write, I am the real deal!
Contact Links
Facebook
Promo Link
Purchase Links
Amazon
B&N
IndieBound
Lulu

Comments Off on Body of Evidence – Blitz