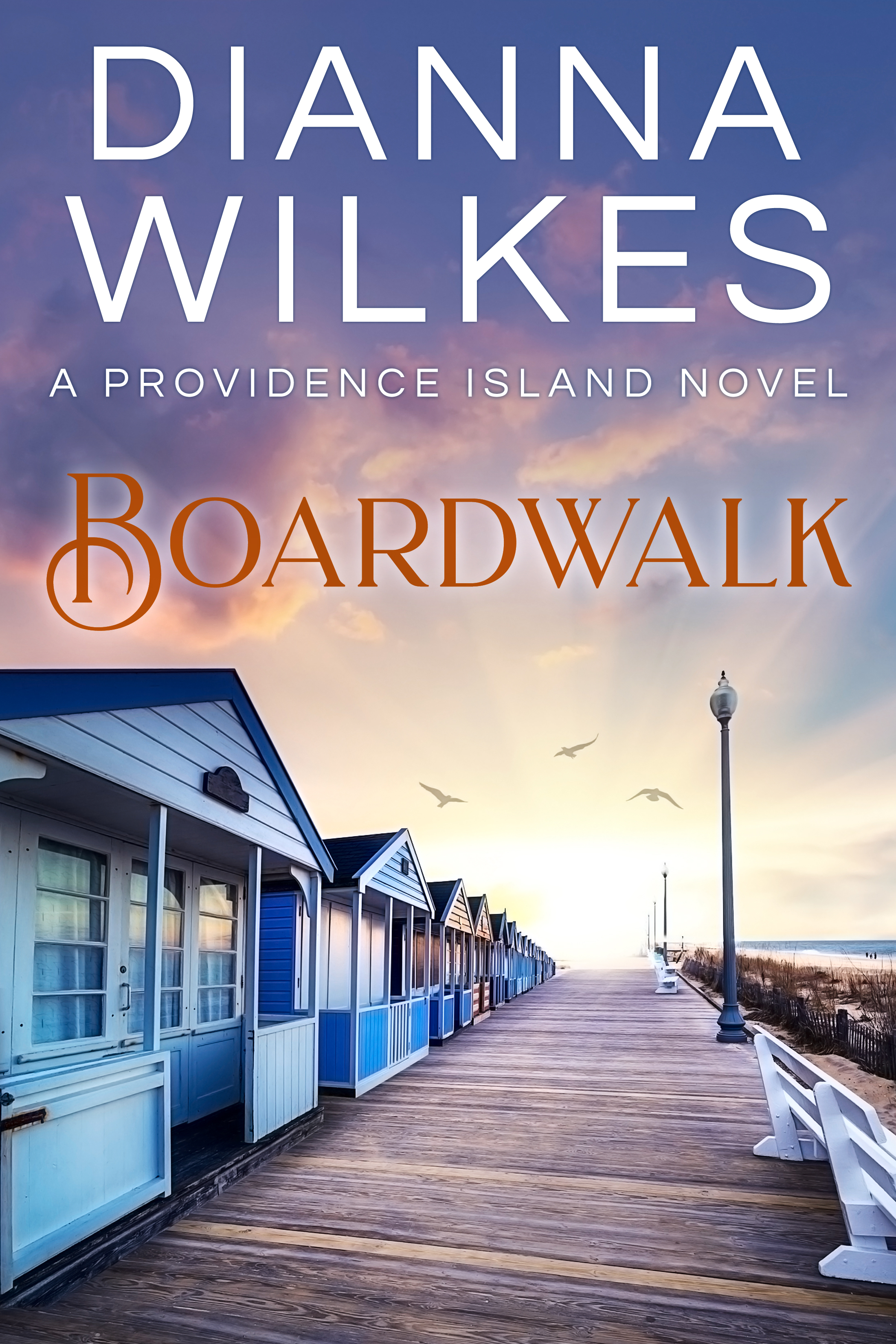 A man denies his emotions to save the lives of other. A woman closes her
heart to hide the pain. A child yearns for someone to trust.

Former hitman Ben Hampshire gave up everything to keep his honorary mother
Dana Canfield safe. Settled into a peaceful life on Providence Island,
he’s found the woman of his dreams but can’t make himself say “I
love you”.

Stacy Andrews shunned long-term relationships until she met a man with a
brain as sexy as his body. She’s head over stiletto heels in love with him,
but those words aren’t in her vocabulary either. The secret she’s
hiding might make Ben change his mind about their life together. If
that’s not enough, her troubled eight-year old nephew coming to live
with them could be the tipping point.

Ben finds himself in the spotlight after two murders occur. The first to
find both bodies, he’s holding back evidence that points toward
Dana’s husband as the perpetrator. If he can’t stop the killer, Ben’s
future may turn into a happy never after. 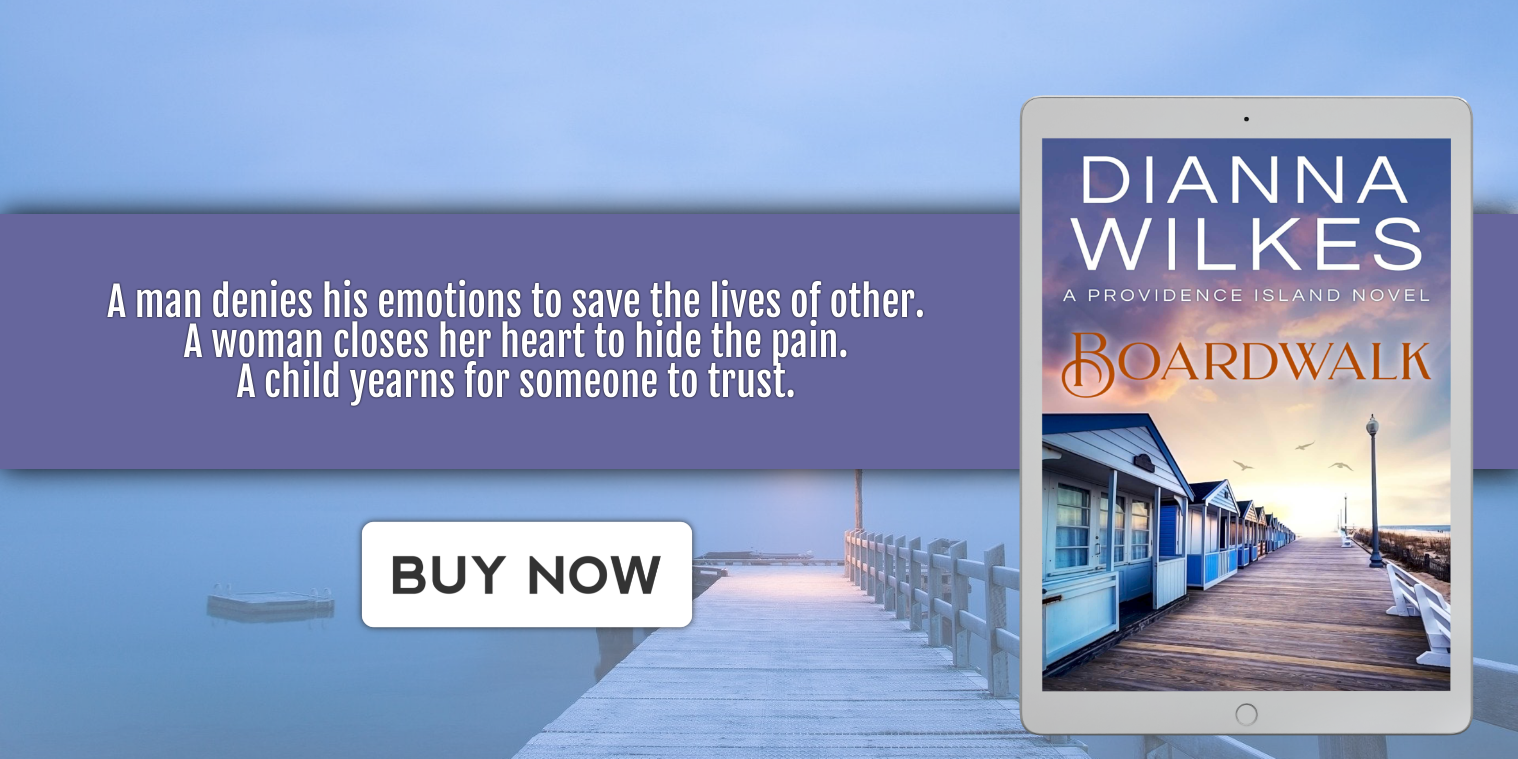 Car keys jingling in his hand, Ben stopped in the doorway to the dining room. His landlady, Maisie Porter, sat at the table, waiting for him to drive her to her friend Yolanda’s house. The early evening sunlight cast the elderly woman in a golden glow. With her white hair and cornflower-blue eyes, she looked like a modern-day Mrs. Claus.

Chauffeur duties weren’t the usual arrangement for a tenant, but the two of them had moved into a more personal relationship during the year he’d lived at Porter’s bed-and-breakfast. The privacy of the third-floor suite and the incredible meals Maisie cooked were two of the reasons he’d remained in residence.

Maisie had opened both her home and her heart to him. She was the grandmother he’d never had and his strongest supporter when suspicion fell on him for the murders that had occurred on Providence Island last year.

He was guilty of shooting those four individuals, but in his defense, each one of them deserved it. Law enforcement would disagree, but Ben’s oath to protect Dana Canfield and her family took higher priority.

He tapped on the doorframe. “Ready for your girls’ night, Maisie?”

The Fab Five—Maisie and four other women from her church—planned an overnight baking and crafting party. Based on the two bottles of wine protruding from the tote bag next to her chair, the meeting appeared to be leaning more toward the party side.

Maisie gestured toward the chair next to her. “We need to talk.”

Her smile lacked its usual warmth, and the sparkle in her blue eyes was missing. A quiver ran through his stomach.

Maisie lowered her brows. “Ben Hampshire, do I look like I’m sick?”

That flash of spirit spurred Ben to sit down. “No, ma’am.”

“I’ve put off having this talk with you, and it’s long past due.” She pushed a rectangular piece of paper in front of him.

His confusion cleared when he realized it was his payment for next month’s rent. No reason for Maisie to be nervous about asking for an increase. “I’m fine with whatever you charge. Give me the amount, and I’ll write a new check.”

She placed her palm over his hand. “Ben, it’s time for you to move out.”

For one of the few times in his life, Ben was speechless. When she pulled her hand away, she took a piece of his security with her.

Maisie’s gaze traveled to a point somewhere over his shoulder, and she sighed. “I’d planned on shutting this place down last year. Then you came.” Her gaze shifted back to him. “With all the murders occurring, I felt safer with you living here.”

He edged the check back in front of her. “If it’s money—”

She shook her head. “When Clyde and I moved into this house, we added a back porch with a swing. We wanted a place where our children could play. After they’d grown and gone their ways, we’d sit there and watch the sun rise in the morning and set in the evening. But we never had children, and Clyde passed away a few days before our thirtieth anniversary. I’ve lived alone all these years since, except for guests who came and went. I never thought you’d stay as long as you have, but I’m happy you did.”

His throat swelled with the unexpected U-turn in the conversation. He didn’t do emotions, and Maisie was bringing out feelings he’d locked away ages ago. He managed a small nod.

She tore the check in quarters. “I’m not going to let you waste your life like I’ve done with mine.”

His mind reeled as he recalled Maisie had never denied being sick. If that was the reason for this change, he’d make sure she had the best doctors and care available. “You have a great life. Friends, church, your garden—”

“And I have you, a blessing I never expected.” Her thumb toyed with a scrap of the torn check. “Before you came here, each one of my days was the same as the next, and the weeks rolled by faster every year. As much as I love this old house and my garden, I need excitement and purpose in my life. The girls and I talked, and we decided to shake things up.”

Half of him wanted to laugh at the idea of the Fab Five going rogue; the other half cringed at the thought. “Change up how?”

“Travel. Road trips. Cruises. Maybe start a business on Main Street.” A hint of pink bloomed in her cheeks, and the sparkle reignited in her eyes.

Ben mulled over those options. They sounded good on the surface, but plenty of room existed for trouble.

Before he could inject a dose of logic, Maisie raced ahead with her explanation. “I’ve decided to list the house for sale with Elliott Realty. Yolanda has a ranch house on Cypress. Sandra Lynn and I are going to move in with her. Tina’s selling her house and moving in with Deloris. After we get the traveling bug out of our system, we’ll decide what to do next.”

“Selling the house is a drastic move. Why not wait to see if these living arrangements work out?”

“We discussed it from one end to the other, then went with our gut. This isn’t some snap decision.” She fixed a stern look on him. “Before you suggest buying this house, I’m telling you it’s a flat no. You need to take the next step with the young woman you’ve been seeing.”

Ben’s head spun from the deft switch in topics. It was one thing for Maisie to redesign her life. He could manage his own just fine. “We’re not—”

“No excuses. You spend more nights away than you do here.” An affectionate smile touched the corners of her lips. “I’ve seen how your face lights up when she calls or messages you. That smile you get doesn’t lie. You’re in love with Stacy Andrews.”

A line of sweat broke out across his brow. “I’m not—”

“You’re in love whether you want to admit it or not. I have no doubt she’s in love with you. You both need to move ahead while you have the chance. Life takes things away when we least expect it.”

Something he knew too well. The last time he’d said “I love you” was to his fiancée before she died in his arms. Maisie had had thirty years with Clyde. He’d promised Betsy twice that many.

“A woman has her pride to consider.” Maisie winked. “I can’t go on forever being your culinary side-piece.”

Ben jerked, knocking his keys from the table to the floor. “Jeez, Maisie!”

“Would you carry my bag to the car? Don’t forget I’m getting a ride with one of the girls tomorrow morning.” She patted his shoulder as she passed. “I’ll bring brownies home for you.”

Ben stood in stunned silence as Maisie headed toward the front door. In a matter of minutes, he’d lost his home, been ordered to move in with Stacy, and watched his kindly landlady morph into a wanna-be Golden Girl.

While ninety-five percent of him agreed with her plan, the other five percent sulked over having his comfortable life disrupted. He eyed the vacant doorway and chuckled.

He grabbed his keys and her tote. As he walked to the car, he practiced what to say to Stacy.

And what to do if she told him no. 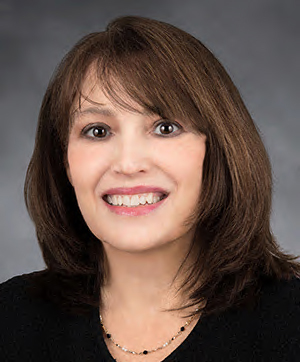 Reading has always been an important part of her life. “I learned to
read when I was four years old. Writing my own stories seemed a natural
progression.”

Dianna holds a B.A.in Visual Communication and a M.Ed.in Instructional
Technology. She worked as an Education Consultant for a medical technology
company before leaving the corporate world. Despite all that nerdy stuff,
she loves creating stories of romance and mystery with touches of
humor.

When she isn’t writing, Dianna is deep in researching various
branches and twigs on her family tree or fulfilling entries on her travel
bucket list.