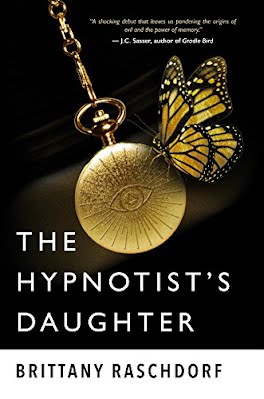 YA Thriller
Date Published: September 2017
Though things look beautiful to the naked eye, when you look between the cracks of fame and fortune, things aren’t always what they seem.
Prosperity Baxter (Peri) is selling her soul for fame – figuratively of course. Everyone who is anyone in Hollywood has gone through Jameson Frye to get there. Peri has a once in a lifetime meeting with him, set up by her father Harris Baxter, the biggest name in hypnotism on the entire West Coast.
But in the movie industry, you don’t get something for nothing. Peri pays the ultimate price before she is thrust full speed ahead into her new acting career. The manager Jameson sets her up with, bad-boy HUDSON GREGOR, is known for his amoral reputation. Peri learns early on that Hudson is not to be crossed. But when secrets begin to surface as the scenes from the horror film she is starring in begin to dredge up memories she was never supposed to remember, she will have to learn to rely on him.
Lies, cover-ups and an unthinkable initiation all leave her desperate for answers.
Prosperity is determined to find out if there is enough good in this world to overcome the evil she sees everywhere she looks – even in her own eyes.
Recent Praise for The Hypnotist’s Daughter:
“A shocking debut that leaves us pondering the origins of evil and the power of memory.” — J.C. Sasser, author of Gradle Bird
“Raw and hypnotizing. This is the first chapter in what promises to be an unnerving and mysterious series.” — Peter L. Harmon, author of The Happenstances . . . young adult book series
“A triumphant debut novel from Brittany Raschdorf.” — Charlotte Bowyer, author of His Frozen Fingertips
“Imaginative ride into the fantasy realm” — Meisha Camm, author of Brewer Archives

Brittany Raschdorf is a devoted mother of two who lives in Chesapeake, Virginia with her husband and their two dogs. Growing up, Brittany was always tethered to a book, only putting them down occasionally to play in the mud or roughhouse with her brother. She knew deep down she had a passion for words—it was the way the black jumped off the white and landed in her soul as she read. But it wasn’t until she began to write that she truly came alive. And it wasn’t until she became a mother that she realized she had a story to tell.
Contact Links
Website
Twitter
Facebook
LinkedIn
YouTube
Promo Link
Purchase Links
Amazon
B&N
Kobo
IndieBound
BookLaunch

Children’s Picture Books Publisher: Iguana Books Date Published: April 16, 2019 Get out there with

Comments Off on The Hypnotists Daughter – Blitz

Tagged as blitz, Brittany Raschdorf, The Hypnotists Daughter, YA Thriller